5 Things You Might Not Know about the Canadian $50 Bill The Canadian 50 dollar bill is a rebel. It is orange and prone to controversy.

Canada’s national identity continues to be in flux, attempting to keep up with an ever-changing society. At some point, the $50 bill will get a redesign. Likely, it will have a new vertical alignment with the portrait of another remarkable and deserving Canadian, similar to the $5 and $10 bills.

In this article, we’ll dig into this history and find 5 things you may not know about it. We’ll also tell you why you should be wary of Hollywood money.

The changing hue of the $50 bill

Quick quiz for zero points: name something Canadian and orange. Most of you likely answered with something like, “that’s easy! The New Democratic Parties’ (NDP) primary colour is orange.” That is correct but not the answer we’re looking for. Rather, it’s the Canadian $50 bill!

A significant feature of the $50 bill is its changing hue. For the most part, each banknote series issued by the Bank of Canada has seen radical changes to the design and anti-counterfeiting measures. But not many banknotes have undergone the simple but transformative colour change like the $50 bill.

The “Journey Series” indeed: suffrage, equality, and the $50 bill

The focus of this $50 bill was the historic struggle for equality between the sexes, something society still needs to work on. The Famous Five were five Alberta women who fought the Supreme Court for equality of opportunity and to declare “women are persons!”

Depicted on the reverse of this $50 bill is the sculpture of the Famous Five located on Parliament Hill and in Calgary’s Olympic Plaza. Joining the statue are the Thérèse Casgrain Volunteer Award medallion and the scales of justice.

As a nice tough, there is animage of a journal reading “women are persons,” and a passage from the Universal Declaration of Human Rights.

Wait, the Supreme Court said what?

Not qualified persons? Hold my beer

Ten years after Canadian women received voting rights, the Supreme Court erected barriers to entry based on a person’s sex. The Famous Five suffragists then leapt into action, continuing their decades-long fight for the rights and equal treatment of women, and initiating the first wave of feminism in Canada along the way.

The Famous Five appealed the 1928 Supreme Court decision to the Judicial Committee of the Privy Council.

Famously known as “the persons case”, this case serves as a landmark in Canadian legal and constitutional history. In 1929, the Judicial Committee overturned the Supreme Court’s ruling, declaring that women are factually “qualified persons”.

However, as a good historian, I must inform you that not all that glitters is gold. While the Famous Five fought for equality in some regards, other causes they supported have not aged as well as their fight for suffrage, leading instead to accusations that they were racist and elitist.

Alongside suffrage and equal rights, members of the Famous Five were also proponents of eugenics and forced sterilization, policies which disproportionately targeted indigenous peoples.

Scenes of Canadian $50 bill marks a beginning and an end

The Scenes of Canada series features some of the most beautiful and artistically ambitious banknotes created by the Bank of Canada. Each of the banknotes in this series features a Canadian landscape, from the farthest northern reaches to the Rocky Mountains in the west and the harbour at Lunenburg, Nova Scotia in the east. However, one banknote differs remarkably from the rest of the series.

However, the $50 bill was initially going to share in the series’ environmentally focused scenes, featuring an image of a cabin on the shores of a frozen lake.

The cabin on the lake was uninspiring compared to the rest of the Scenes of Canada series. Plus, the orange hue of the $50 bill lost many of the engraving details.

The Bank of Canada tested a photo of the National Ballet of Canada with grey and green inks on a $20 bill as a potential trial for the $50 bill. While the Bank of Canada did not settle on a scene from Swan Lake, it opted for something more colourful, vibrant, and uniquely Canadian.

After experimenting, engraver George Gundersen suggested changing to a colour within the red spectrum. With a new colour chosen, Yves Baril and the Bank of Canada pushed the boundaries of banknote engraving and printing skills.

Together, they printed a full-colour image of the Royal Canadian Mounted Police (RCMP) Musical Ride in its dome formation.

He proposed creating an intaglio vignette using multiple engraving plates, each represented by one colour, to create a full-colour image on the reverse of the $50 bill.

The Bank of Canada and Baril eventually opted to use lithography to achieve the same ends at a lower cost.

The $50 bill was the first Canadian banknote created with lithograph technology. It is also the last to use the traditional intaglio engraving technique.

The Scenes of Canada $50 bill singled a new era in Canadian banknotes. On top of current technological designs and anti-counterfeiting measures, this $50 bill is a radical departure from the rest of the Scenes of Canada banknote series, but remains distinctly Canadian nonetheless.

The Canadian north makes another appearance on Canadian banknotes

The Bank of Canada has featured the Canadian North in its banknote series anytime a landscape of the environment has been a significant aspect of the series’ theme. This is still the case in the Frontiers series. It focuses on technological innovation and achievement, but instead of a landscape, it features subtle indigenous representations.

Keeping with the Frontiers series’ theme, the $50 bill’s reverse features the Canadian Arctic research vessel, icebreaker, and remote community assistance tool, the CCGS Amundsen. The CCGS Amundsen is named for Roald Amundsen. Between 1903 to 1906, he was the first to navigate the Northwest Passage.

The Frontiers series’ art director Jorge Peral snapped the image while hanging out of a helicopter. Above the Amundsen is a map of northern Canada, with the word “Arctic” written in Inuktitut.

The Frontiers Series $50 bill represents Canada’s stewardship over the longest Arctic coastline and its determination to conduct environmental research despite harsh weather and climate conditions.

Former Prime Minister William Lyon MacKenzie King and the red colour scheme introduced by the Scenes of Canada series remain the portrait and dominant colour of the $50 bill. While the Frontiers series was at the forefront of anti-counterfeiting technology, local businesses need to be wary when Hollywood comes to town to film its next project.

During the Summer of 2022, a business owner in Kamloops, British Columbia, accepted what appeared to be a valid $50 bill. However, looking at the finer details, one could see how good Hollywood prop designers can be.

First, the banknote was more orange in hue. You can discount that due to weathering over time. The word “Canada” was missing the final “a” on the bill, and the bank note stated “this is not legal tender” and “film production” on the reverse side, along with a variety of small but almost unnoticeable demarcations that it was a fraudulent reproduction for “prank use only“.

How do we know this bill was a film production prop? Well, the person who used the bill in the store was easily identifiable as a film crew member, and confirmed this with the business owner.

Even in modern times, with the most advanced banknote counterfeiting measures available, local businesses need to be wary of the money they accept from Hollywood. Much like the stories Hollywood sells, the banknotes might be more fiction than reality.

The second face but the first place of the $50 bill

The First series’ $50 bill features a portrait of Prince Albert, Duke of York. The Duke of York became the only face on Canadian banknotes in the 1937 Bilingual series after becoming King George VI that year.

This $50 bill was orange in colour on the obverse. The exact allegorical engraving representing modern inventions was on the reverse of both earlier series of the $50 bill. At the time of publication, you can purchase a 1937 Bilingual Series $50 bill for $190.

The Bank of Canada’s Landscape series was the first to embrace and promote a sense of Canadian national identity. A young Queen Elizabeth II was the portrait for the obverse, making her the second face and second monarch on the $50 bill.

Although a different hue, orange was still the $50 bill’s primary colour. A photo of waves approaching and cresting toward Lockeport’s Crescent Beach on Nova Scotia’s southern shore was the engraving on the reverse of the first truly Canadian $50 bill in the nation’s short history. 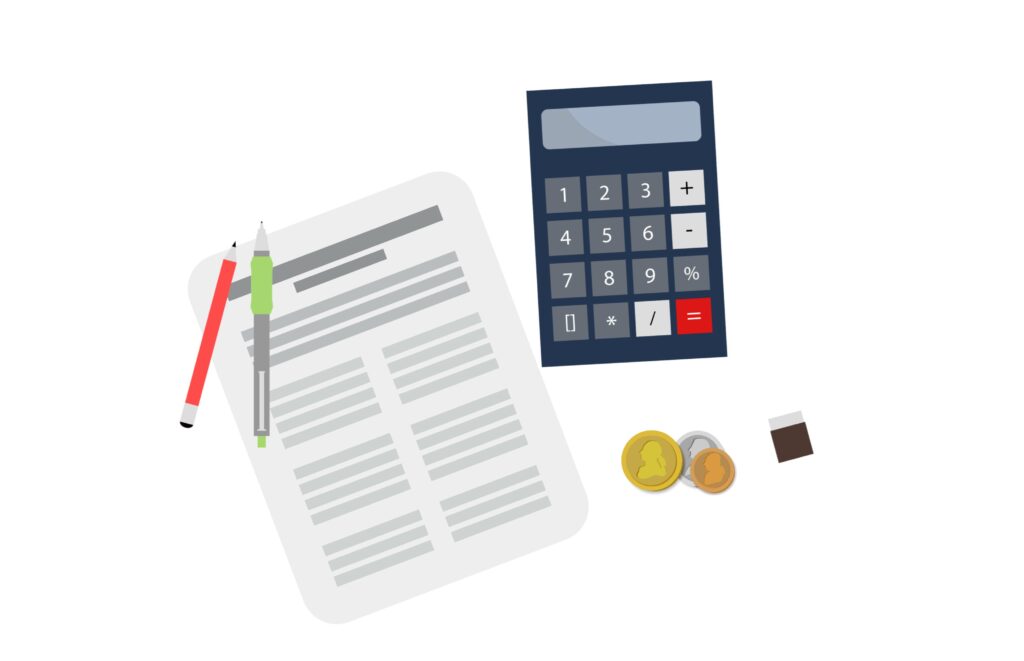 People generally save because they have a project in mind. For various reasons, many will prefer not to invest the saved money,… 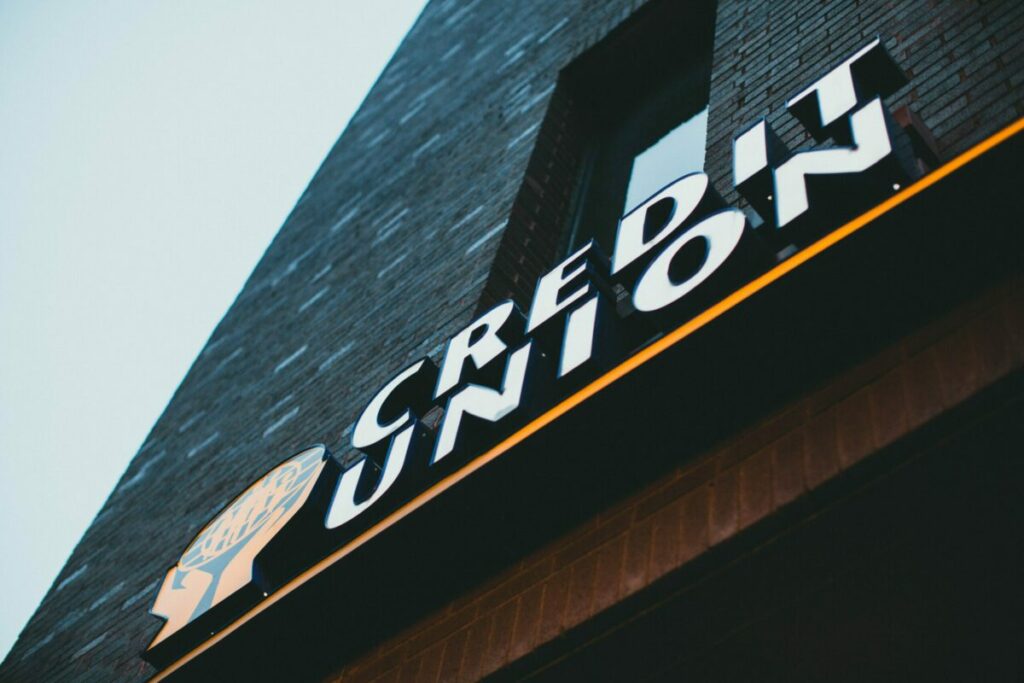 Why does Canada have both credit unions and traditional banks? It’s a good question with a history of protection and inclusion that…