8 Undervalued TSX Stocks to Buy for 2023 and Beyond 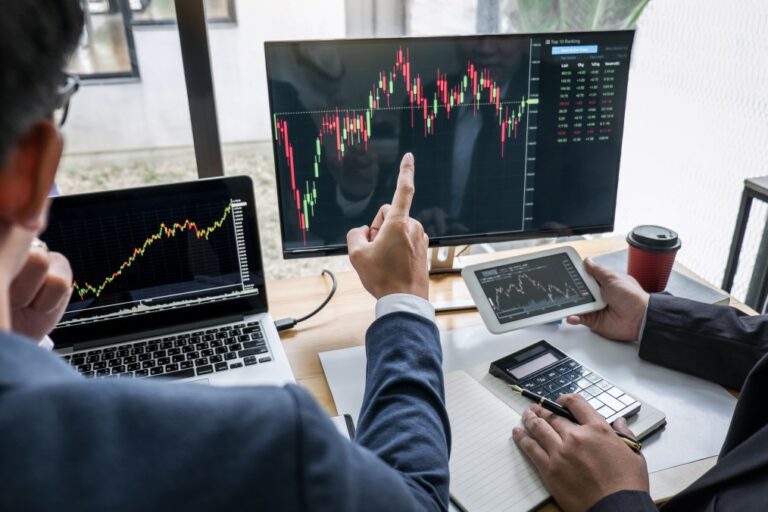 The S&P/TSX index is soaring but there are still quite a few stocks out there that are undervalued and are available for a bargain. When markets zoom, every stock looks cheap but smart investors know to separate froth from the substance.  After all, when markets take a break and overvalued stocks get punished, it might take them years to recover their valuations.

Here is a list of 8 undervalued stocks on the TSX. These stocks have tremendous growth prospects that the market hasn’t fully factored in, and these stocks are good ones to hold for 2021 and beyond.

Telus is the second-largest telecommunications company in Canada. It provides a wide range of products and services which include, internet access, voice, healthcare, video, entertainment, and IPTV television.

Pandemic or no, everyone needs a phone and an internet connection. Telus has kept adding customers every quarter on the back of excellent service. The company is going big on 5G after a break of over a year thanks to the pandemic.

The company was named the fastest mobile operator in Canada for the third quarter in a row by Seattle-based Ookla in their Global Index Market Analysis for Q1 of 2021. The management is looking to increase capital expenditure guidance for 2021 by $750 million to around $3.5 billion over the next 18 months.

Telus expects free cash flow to be around $750 million in 2021 while adjusted EBITDA and growth targets for consolidated revenue continue to remain the same as that of the first quarter (1.9% and 8.9% respectively).

The company is a very good dividend payer and has a forward yield of 4.73%. Telus stock is trading at $26.76 and analysts have given it a target of $29.64. That’s an upside of almost 11%. When you combine the dividends and stock appreciation, a gain of around 25% by the end of 2022 is not unreasonable.

Enbridge continues to move ahead with $17 billion worth of capex projects of which roughly $10 billion should be operational in 2021. The company also has a growing renewable asset base. Its wind farms will begin service in 2022 and 2023. It is also considering carbon capture projects, as the ‘key to achieving lower carbon emissions.’

Enbridge is one of the top dividend stocks on the TSX with a forward yield of 7.18%. The last five years have seen its dividend grow at almost 9% CAGR (compounded annual growth rate). The stock closed May 24 at $46.54 and analysts have given it a target price of $52.04, an upside of over 11%. This is a stock that can yield returns of 18% in the next year when you include its dividend payout.

Suncor is another stock from the oil and gas sector. Unlike Enbridge, Suncor is a producer which means when oil prices fell off a cliff, it hurt the company badly. The last year was not a good year for the company. But as oil prices recover sharply in the aftermath of the pandemic and the global economy starts to normalize again, Suncor stock is primed to move up in the near-term.

Suncor management expects to end the year with net debt of $10.8 billion compared to $15 billion in 2020. The company was also able to reduce its oilsands operating costs by 20% in the last year to $23.3 per barrel. The management is currently looking to use surplus cash to reduce debt and buy back shares this year.

Investors might begin to see distribution start to increase again, in the next 12 months. Suncor is currently trading at $27.91, still 45% away from its January 2020 price of $40.45. The company cut its dividend in 2020 to conserve cash but it still pays out a decent forward yield of 3%.

Fortis is an electric utility company with operations in Canada, USA, Central America, and the Caribbean. This is one of the safest stocks on the TSX and it is one of the best dividend stocks to buy as its cash flows are extremely predictable. Over 75%of the company’s earnings are usually paid out to shareholders as dividends.

The company has increased its dividend payout every year for 47 years. Its forward yield right now is a healthy 3.66%. The business of supplying electricity hinges on long-term contracts with regional authorities. And Fortis is an expert at that.

For Q1, its adjusted net earnings per share were $0.77, up from $0.68 from the same time period the previous year. It’s a recession-proof stock and the company is looking to increase the dividend at an annual rate of 5% in the medium term. The company has had strong Q1 results and May 2021 also saw the completion of the Oso Grande Wind Project that’ll help energize 100,000 homes. The outlook for the company looks positive at present with a 6% dividend growth guidance, as per the company.

Xebec Adsorption is a play on the future of clean tech. This is a stock to buy if you are looking at the future. The stock itself trades at $4.96 right now. It’s a good and relatively inexpensive bet to take if you believe that cleantech is primed to zoom.

Xebec provides end-to-end systems for gas purification along with the production of renewable gases such as renewable hydrogen and renewable natural gas. The business is expected to run at a loss this year, even though its revenue growth will be comparatively better than the wider market.

What a potential investor has to keep in mind is that as climate change increasingly plays an important role in the world of investing, stocks like Xebec who deploy excellent technology will play a very important role. Xebec has a lot of growth potential and the years to come should prove that.

Enghouse is a stock that is so undervalued it is not funny. This software company has almost zero debt and has cash of $230 million. It has consistent revenue streams, and its revenues and earnings have galloped at double digits over the past five years.

The company has been trading at an absurdly low price post the first quarter, along with a modest 1.23% dividend which shows a potential capital gain. It is one of the best-performing stocks in the last 10 years.

Despite the pandemic slowly wearing out and the economy opening up, it is unlikely that the need for Enghouse’s services will go away sometime soon. Analysts have given the stock a target price of $75.4, a whopping 40% increase from its current price of $53.84. Enghouse is a screaming buy.

TFI International is a cyclical stock. It is currently going through a growth spurt and as the economy opens up, this trucking company is set to go places.

TFI International recently announced its Q1 results. It produced better than expected figures for the quarter. Total revenue for the quarter increased by 24% to $ 1.15 billion. Operating income rose 17% to $102 million compared to the corresponding quarter last year. As of now, it has $1.24 billion debt and $402 million in cash.

Its current debt is just 1.5 times EBITDA which indicates that the company isn’t a reckless borrower. TFI International is currently well positioned to capitalize on the economic recovery ahead, thus being able to generate strong cash flow which will help to not just expand the business but also further shareholder value in 2022.

Dollarama is a major retailer in Canada. The company had a strong financial performance in fiscal 2021, seeing sales growth of 6.3% comparable-store sales growth of 3.2%, a gross margin of 43.8% of sales as well as the opening of 65 new stores. It has also set a long-term store target of increasing to 2,000 locations in Canada by 2031. The company’s EBITDA also increased by 1.8% to $1,130.6 million.

As for 2022, the company has maintained guidance on a number of assumptions such as the capital budget for 2022 (for new stores), the number of signed offers on the pipeline for the next year, and the absence of Covid-19-related restrictions on the construction activities where the opening of new stores are planned.

However, Dollarama does expect the capital expenditure to be anywhere between $160-170 million. The company looks well poised to have another decent year on the charts and is looking to repurchase shares in fiscal 2022.

Analysts are bullish on the stock and have given it a target of $61.71 which is an upside of over 15%. This is a strong defensive stock to have in your 2022 portfolio. 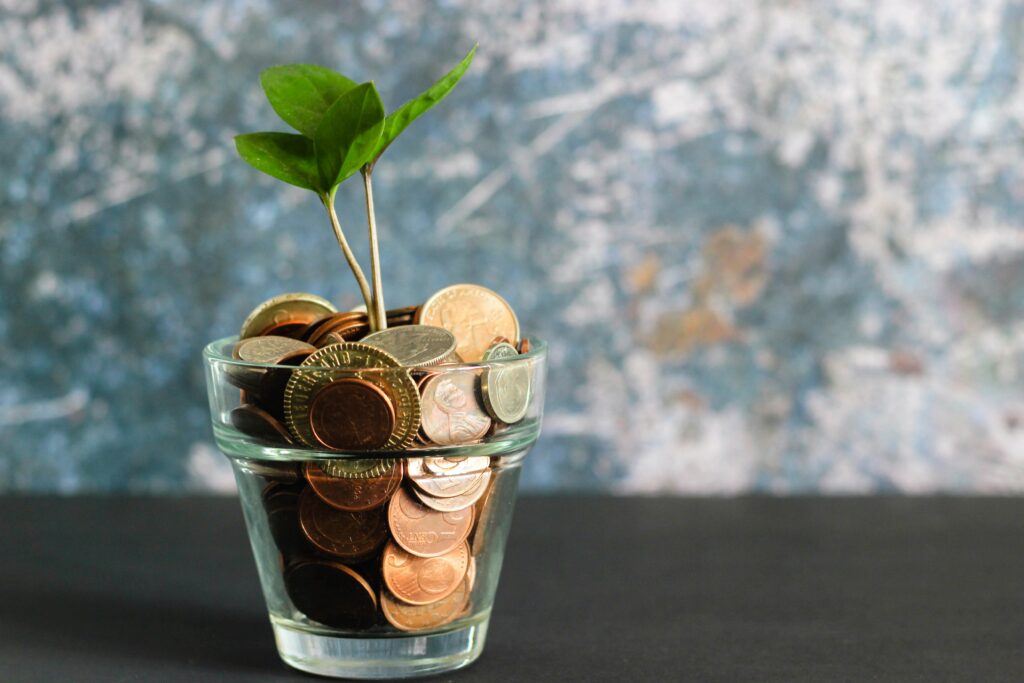 Why you should invest in industries you already know

The best way to lose money fast as a self-employed investor is to invest in companies you do not understand. The complexity… 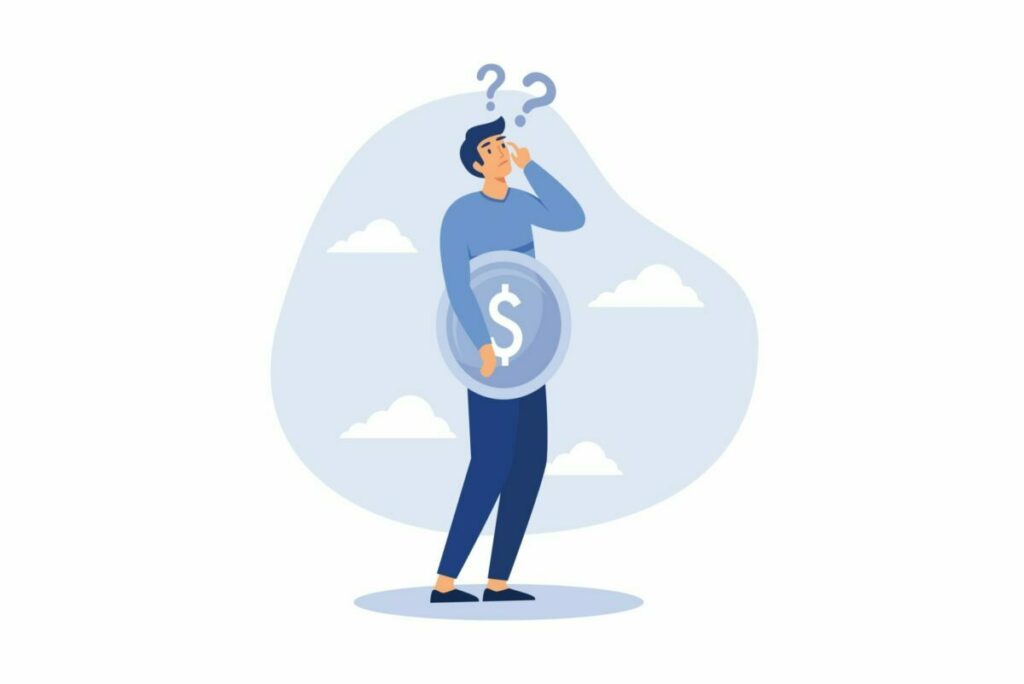 Are You Scared to Invest? Cassandra Melo Isn’t, Here’s Why

Sponsored by BMO Global Asset Management One in three Canadians are about to retire without any savings. Why aren’t they prepared? This…