Why Mutual Funds are Making You Poor 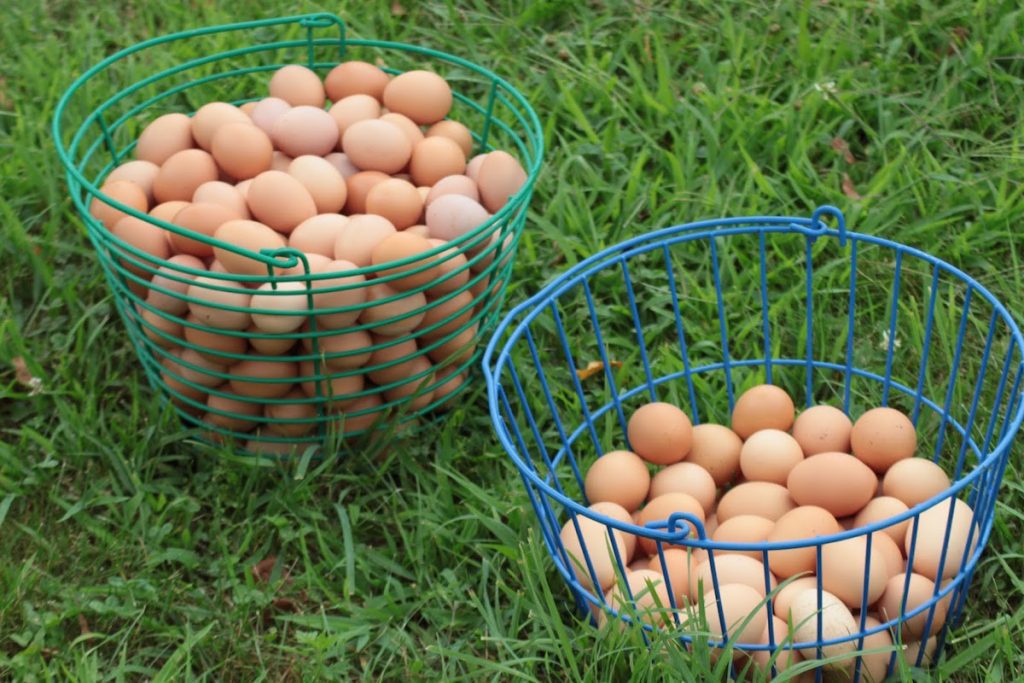 The underlying principle of mutual funds is brilliant. It combines the money from many small investors to have a greater buying power. This money is then invested in multiple companies. Each investor owns a small portion of the fund and is at much lower risk than if they invested all of their money independently. Indeed, if the mutual fund places money in one hundred companies and only one of them goes bankrupt, there is little effect on the fund as a whole, compared to if one person had invested all of their money in that single company and would theoretically lose everything.

The concept dates back to 1774 when a Dutch merchant had the idea to create a trust, and to offer it in 2000 parts to the public. Each person holding one or more parts of the trust became a shareholder proportionate to the amount that they bought. Once all 2000 parts were sold, it was only possible to participate in the fund by buying parts of it (called shares) from another shareholder. This is the principle of mutual funds. It lets the small players play in the big leagues.

Only one person, however, should manage the fund and decide where and how to invest the money. This person is paid to do so using money from the fund according to a percentage of the money they are managing. Their pay is independent of the performance of the fund (otherwise their job would be at risk based on market performance). Obviously, the company that employs this fund manager (also called a portfolio manager) is also paid directly from the fund so they can promote their products and services, and to pay their salespeople who sell you parts of the fund in the first place. Like many other things, when money is in play, there is a surprising amount of opacity in the fees you’re charged and wages of the sales team. These fees are often downright prohibitive, they lack transparency even when they are stated, and salespeople are pushed to sell products for a specific company, rather than products that benefit you.

Most mutual funds sell the idea of active management. That is, that an investment professional will use their expert knowledge to choose the best stocks on the market (and therefore earn you the most money). At first glance, it’s an excellent idea. But history has demonstrated that the vast majority of portfolio managers don’t beat their benchmark stock index once all their fees are applied. So even if they’re pretty talented, they’re never talented enough, on average, to make up for the fees they charge for their work. So tell me, who is profiting from mutual funds?

A stock index gives you a quick snapshot of a market, or a market sector. The oldest and most well known index is the Dow Jones Index (Dow Jones Industrial Average), which has been accumulating data since 1896. Essentially, the Dow Jones calculates the sum of the prices of the 30 largest companies in the United States (which, of course, have changed over time). So when we see that the Dow Jones is doing well, we can infer that those 30 companies are doing well, and so by extrapolation, the stock market is probably doing well too. The most popular index used today is the S&P500, which groups the top 500 american corporations (in terms of market capital). There are also Canadian indexes (like the TSX S&P60) and international indexes (MSCI World Index). All of these indexes serve as barometers that portfolio managers evaluate. But if a large majority of managers who do active trading can’t do better than the clues from passive trading, why pay them to chose your stocks?

The management fees, MER (which stands for Management Expense Ratios in financial jargon) of canadian mutual funds are the most expensive in the world, at an average of 2.56%. So someone with $100 000 in mutual funds pays on average $2560 in fees yearly, and often without even knowing it. And you’re right to question whether the financial advisor that you meet with once a year during RRSP season really deserves that pay…

Mutual funds: It gets even worse

Salespeople for mutual funds, as part of their practice, often charge you an entry or an exit fee on a sliding scale based on the amount you invested in the fund. The entry fees alone directly impact and significantly decrease your starting capital. And according to them, the exit fees are a form of penalty (reaching up to 6%) if you remove your money before a certain period of time (usually 5 to 7 years). These amounts are sales commissions that go directly to the sales representative, on top of the annual fees! A hardly convincing counter-argument is that these fees are designed to protect you from yourself… Supposedly, these fees keep you from panicking if the market becomes volatile (with strongs highs or lows). Do you really need to pay a fee to protect yourself, from yourself? These selling points are dubious at best, and the person who is profiting in this company/client relationship is definitely not you.

There is no simply reason to pay all of these fees. Financial products which follow clues from the market exist and they are rising in popularity very fast now that people realise what they’re paying for, and the inefficacy of active management. These alternative products can take the form of Index Mutual Funds, or better yet, ETFs (Exchange Trade Funds). These passive management products are fully explained in my next article “How to Invest with a Small Budget Without Getting Robbed”. To put it simply, these products have an average MER of 0.35% instead of 2.65%.

What difference does it make?

Ostensibly, 2.56% compared to 0.35% only makes a 2.21% difference. But this 2%, year after year for a long period of time makes a huge difference on your compound interest. After 30 years, your capital will lose a third of its value (see the graph). Why would you give a third of your money to your financial advisor?

To truly convince you, let’s do a little simulation. Every year, the IQPF (Institut quebecois de planification financiere) publishes their hypothesized market projections. These hypotheses are in fact guidelines for financial planners to make realistic return projections when making long-term calculations (for retirement, let’s say). The long term performance projections published in 2016 show the following for each of the asset categories:

Now take for example a dynamic portfolio. A dynamic portfolio (or asset allocation) has a higher risk, but is well suited for someone in their thirties who has a stable job, who is not worried about market fluctuations and who is saving for retirement in more than 20 years.

The money in a dynamic asset allocation portfolio would be divided between the asset categories mentioned earlier in about this ratio:

So the expected long-term return of this particular portfolio would be 6.05% annually before fees. If we remove 2.56% on average for the fees of a mutual fund, and 0.35% on average for ETF fees, that leaves us with an expected return of 5.7% for the ETF portfolio, and 3.49% for the mutual funds portfolio. Using these return rates, let’s make a 30-year projection where the investor places $5000 yearly based on the cost of living (which will increase by 2.1% yearly, according to the IQPF). We get the following results:

After 30 years, the difference between the two portfolios is more than $145 000. Using a mutual fund, this money would have been transferred directly into the pockets of your financial advisor (and the company they work for)… The investor with the mutual fund instead of the ETF would have to work and contribute money to their fund for years longer to get the same value as the other investor.

No matter what, the important thing to remember is that after deductions and fees, mutual funds lose a lot of their lustre. After 30 years of investing in mutual funds, a third of your potential money (earnings) has been lost to your financial advisor and the company they work for.

Now you get the point that I’m not a big fan of people selling financial products. At financial institutions, they offer you house products that are often very limiting, and outside of those institutions, street vendors try to sell you the popular product that gives them a bonus at the end of the month. In both cases, the mission of the company is not aligned with your best interest. The best option is to take your financial health into your own hands, and to educate yourself. For the biggest portfolios, the fees paid to advisors are much more neutral and effective for reaching your goals, not the goals of the commissioned salespeople.

Many people wait in line at Costco for 30 minutes to save $7 on a tank of gas every week (with inflation, after thirty years, we’re talking $15 000 in savings). From now on, maybe you’ll be so sensitive to the absurdity of hidden fees in financial advising that you can use that precious time to take your personal finances into your own hands, and save hundreds of millions of dollars while investing. The stock market has never been so accessible. With our smartphones, we have the ability to buy or sell stocks at any… 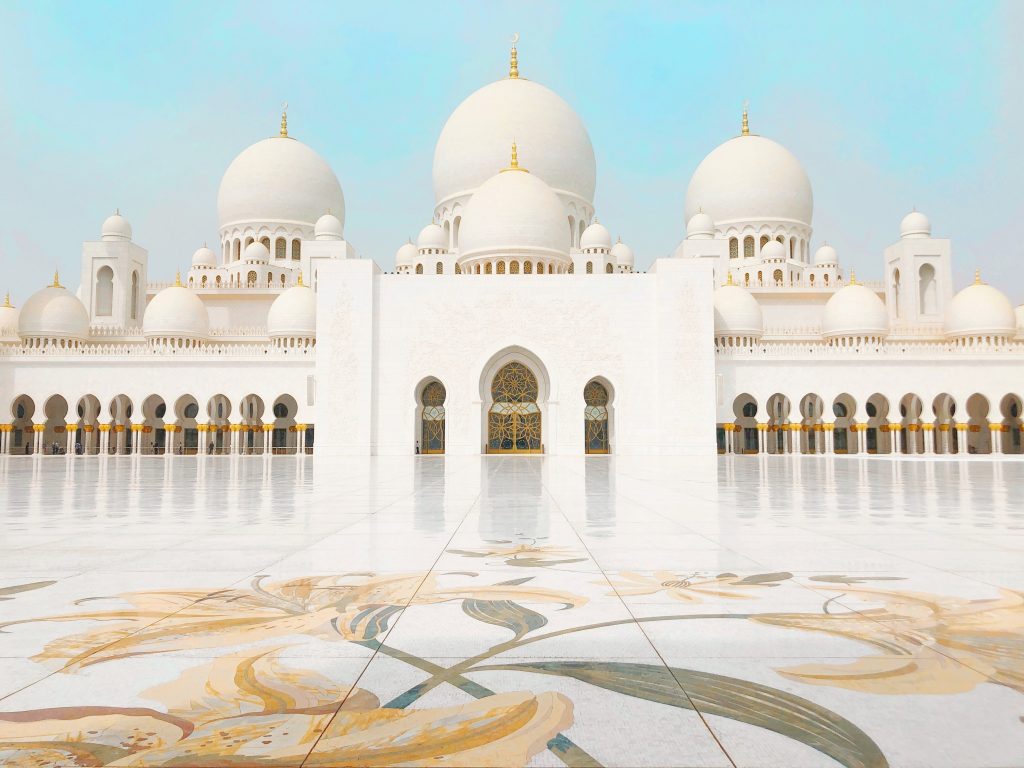 Why Halal investment should not attract Muslims only ?

After introducing a revolutionary digital system to the West that has transformed mathematics and commerce forever, it seems that Islamic principles can… 5 Beginner’s Tips For Investing in Stocks

Investment, just like any other business, involves taking a risk. It is a way to set aside your money with the hope…