Canada Prime Rate: What is it and Why Should You Care About It? 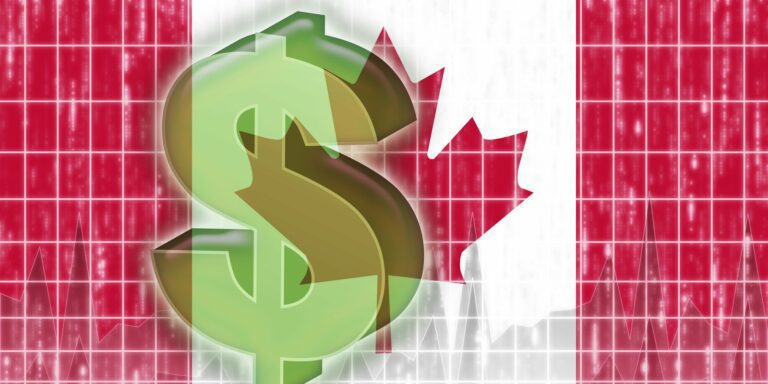 The current prime rate in Canada is 6.7%, as of January 2023. Sometimes called the prime lending rate, the prime rate is the annual interest rate financial institutions charge their most creditworthy customers.

For clarity, ”prime” means ”best”. If you’ve ever applied for a mortgage, line of credit, or another type of loan, you’re exposed to the prime rate.

So why is it discussed so often and addressed by so many financial experts? The reason is that it impacts the personal finances of millions of Canadians and the broader economy.

Changes in the prime rate can put more money in your pocket or cause financial hardship, depending on your circumstances. Therefore, understanding how the prime rate works and what it entails is vital.

What Is the prime rate?

As mentioned, the prime rate in Canada is the annual interest rate that banks and other financial institutions charge their best customers. But that’s not its only purpose.

The prime rate also functions as a benchmark that banks use to set rates for variable loan products. These loan products include variable-rate car loans, home equity lines of credit (HELOCs), variable-rate mortgages, and even certain credit cards. As it rises or falls, so do the interest rates on variable-rate loans by the same amount.

How Is the prime rate in Canada determined?

Though banks ultimately determine what their prime rate is, they don’t set it arbitrary. This rate is greatly influenced by the interest rate set by the Bank of Canada (BoC), known primarily as the bank rate. The bank rate is the interest rate the BoC charges on loans to private banks. A change in the overnight rate causes banks to adjust their prime rates. If the overnight rate rises, banks incur greater borrowing costs. They pass on these costs by hiking their rate, which, in turn, causes a corresponding increase in the interest rate on their customers’ variable-rate loans.

Conversely, if the overnight rate drops, banks will lower their prime rate, which will decrease the interest rate on their customers’ variable-rate loans. Though each bank is responsible for setting its prime rate, they usually all settle on the same prime rate.

How does the prime rate affect credit card interest rates? Otherwise, regular credit card interest rates, which currently sit at 19.99 % or 20.99 % on regular purchases, are higher than the prime rate. Any small change in the primte rate may not have as big of an affect on them.

How does it affect your mortgage and other loans?

As you can see, if you have a variable-rate loan, your interest expense rises or falls in tandem with the prime rate. While small shifts in the prime rate are negligible, barely impacting your regular loan payments, dramatic swings bring about more significant consequences.

If the prime rate plummets, you gain immensely, saving a nice chunk of money on interest charges. But if rates skyrocket, you could find yourself in a financially precarious situation, struggling to service your now costlier debt payments.

In the worst-case scenario, you could end up defaulting on your debt. Such as scenario occurred during the 2008 Financial Crisis when rising interest rates caused waves of homeowners to default on their adjustable-rate mortgages. If you carry a considerable amount of variable-rate debt, knowing the prime rate, and where it might be headed, is crucial.

How has the prime rate in Canada changed over the years?

Canada’s prime rate has experienced massive changes over the last several decades. After the Second World War, it followed a tepid upward trend, reaching the double digits by the early 1970s.

From there, it fluctuated more widely, eventually climbing past 15% during the early 1980s, as massive inflationary pressure set in. It reached a historical high of 22.75% in August 1981, as the Bank of Canada engaged in aggressive interest rate hikes to rein in out-of-control inflation.

The prime rate has been on a mostly downward trajectory since the early 1990s, hitting an all-time low of 2.25% in April 2009 when the BoC swiftly slashed rates to stimulate an economy ravaged by the Financial Crisis.

It rose slowly as the economy began to recover but dropped again near all-time lows when the BoC cut rates as a response to the COVID-19 pandemic. Now we are seeing a steady stream of rate increases to deal with inflation.

Did you know that private banks are not obligated to adjust their rates in response to overnight rate changes? They may deviate when it’s in their financial interest to do so.

Why does it change? Can you predict it?

The prime rate in Canada changes mainly in response to the BoC’s interest rate policy. The BoC is responsible for the country’s monetary policy, meaning it manages the supply of money in the economy. It does so by influencing the overnight rate.

First, consider inflation. If the BoC’s economic models indicate inflation is on the horizon, it will increase the overnight rate. This means a higher prime rate.

The goal is to slow borrowing. That is how you decrease the amount of money in the economy.

If the BoC expects inflation to fall considerably, it will do the opposite. Lowering the overnight rate to stimulate borrowing leads to a lower prime rate.

Although it’s difficult to predict future prime rates, the Big Six banks routinely publish prime rate forecasts. Another great source is Bloomberg, which publishes the prime rate expectations of some of the top economists.

Understanding how the prime rate works and its effect on loan interest rates help you make informed borrowing decisions. Knowing the cost of debt is essential. That means being aware of the prime rate. 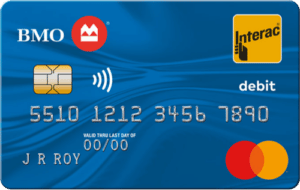 Earn up to a $400* welcome bonus when you open a new BMO Chequing account and a 5% promo interest rate when you add a Savings Amplifier account*. The Ultimate Guide to Direct Deposit in Canada for 2022

Canadian organization prefer to send money as a direct deposit. Whether you’re getting your biweeky paycheque or redeeming a tax credit, such…