Bitbuy Technologies Inc. and NBA superstar Kyle Lowry announced their partnership in a cheeky commercial scheduled to air during North America’s favourite face-off; the Super Bowl. In a marketing alley-oop, Canada’s own NBA wunderkind-turned-Miami-Heat-point-guard has signed on as the official brand ambassador to Canada’s first fully-regulated cryptocurrency exchange platform. But that’s just one slamdunk in a series of baller moves from the Canadian-owned, Toronto-based centralized exchange platform (CEX). They’ve become one of the most recognized crypto brands in the country. That’s what happens when market disruptors are also marketing mavericks. Let’s talk about Bitbuy Technologies and their baller moves.

When Adam Goldman was first introduced to Bitcoin, he knew there was something special about the controversial digital currency. As a forward thinker, he saw past the short-term appeal of a trendy new tech. Instead, he understood the revolutionary nature of Bitcoin’s underlying technology: the blockchain.

As a web developer and computer analyst, Adam immediately recognized the blockchain was so much more than a facilitator of anonymous, irreversible web-based transactions. It could disrupt all the inefficient legacy systems we’ve just learned to live with. Other uses for blockchain technology present limitless possibilities: giving people complete autonomy over their money, personal information, and so much more. Goldman said, “Imagine if you could own your own medical record? Your credit history? Have your country’s voting system protected by a blockchain?” He was on to something.

Once his mind was sufficiently blown, Adam knew he needed to bring blockchain technology out of the shadows into the mainstream, starting with cryptocurrency. But there was one major problem at hand. Unless you were a computer hacker or code monkey it was almost impossible for a regular person to access this tech-heavy space.

As the digital economy evolved, so did InstaBT. In just three short years, it scaled from a basic online platform to a bonafide marketplace with a suite of products and services. In April of 2016, Bitbuy Technologies Inc. was launched to keep pace with the crypto market’s rapid growth. At the heart of the company was an unwavering commitment to make cryptocurrency easily accessible to everyone, and to help them understand the freeing nature of a blockchain.

Today, Bitbuy Technologies serves over 375,000 people, helping them trade a combined $4 billion dollars to date. They’ve firmly established their reputation as Canada’s most secure trading platform and have become one of the most popular crypto brands in the country. But they didn’t get there without making some very strategic decisions. Bitbuy Technologies Inc. has led the pack with a series of badass first moves.

The first to regulate

Challenging the conventional crypto-creed to keep the space entirely unregulated, Bitbuy Technologies Inc. became the first Canadian crypto trading platform to not only become a fully regulated marketplace, but to do so willingly. They recognized that without some sort of legal framework and oversight, too many Canadians would be shut out from an emerging digital economy and the benefits of blockchain technology. For many, safety concerns were the primary issue holding them back from investing in this space, and rightfully so. For the first time ever, crypto investors now had more than just lip service about a platform’s pricing transparency and security. Bitbuy Technologies can’t just say your capital is safe, they have to prove it. Instead of holding the business back, it gave Bitbuy Technologies Inc. a new level of street cred unmatched by the competition. Under regulation, they’re required to have a Financial Insurance Bond (FIB) to protect their cash deposits; the real-life money investors use to buy cryptocurrency on the platform. In addition to that, 99% of the digital assets held in cold storage are insured and they voluntarily purchased additional insurance to protect investor capital from loss related to crime.

The first to go pro

Bitbuy Technologies has millenials and their progeny to thank for its early success. But accessibility depends on equal opportunity across all demographics. With regulatory approval in hand, Bitbuy Technologies became perfectly positioned to appeal to an older, more compliance-focused crowd.

Bitbuy Technologies Inc. can now offer those investors the kind of trading experience they’re comfortable with, accessing a huge untapped market in the process. In January of 2022, Bitbuy Techologies launched its very first TV commercial during Hockey Night in Canada. The ad targeted a more seasoned investor to demystify crypto and promote a trading experience in-line with expectations rooted in traditional finance.

Shortly thereafter, Bitbuy Techologies Inc. called its next shot and nailed it. In early February 2022, Bitbuy Technologies and a former Toronto Raptor turned Miami Heat point guard announced their partnership. Kyle Lowry became the official brand ambassador of Bitbuy Techologies; making them the first-ever crypto company to partner with a professional athlete. Canada’s favourite baller and Canada’s most recognized crypto brand made this marketing duo a match made in heaven.

The first to breathe fire

In January 2022, the wonderful world of crypto got a lot more wonderful. Dragon’s Den alumnus Mr. Wonderful himself bought Bitbuy Technologies’s parent company, First Ledger Corp. WonderFi, backed by Kevin O’Leary as a strategic investor, dropped a cool $206 million worth of cash and stock on the acquisition.

There was a time in the not-so-distant past when Mr. Wonderful openly scoffed at Bitcoin and the crypto market. Now that Bitcoin has proven to be the best performing asset class of the decade, he’s whistling a different tune. Kevin has since injected his dollars into the world of Decentralized Finance (DeFi). He became a strategic partner when he invested heavily in DeFi Ventures, a crypto firm focused on providing decentralized financial services. Since then, the company has been renamed WonderFi, a nod to O’Leary’s self-appointed nickname, and now trades on Canada’s NEO stock exchange.

WonderFi then moved on to acquire First Ledger Corp, the company that owns Bitbuy Technologies Inc. The two entities have a shared passion for revolutionizing all things finance; starting with the democratization of wealth. With WonderFi’s host of financial services and Bitbuy Technologies’s exceptional trading platform, this all-star line-up is a slamdunk for Canadian crypto investors; beautifully illustrating how teamwork makes the dream work. Let’s go crypto, let’s go 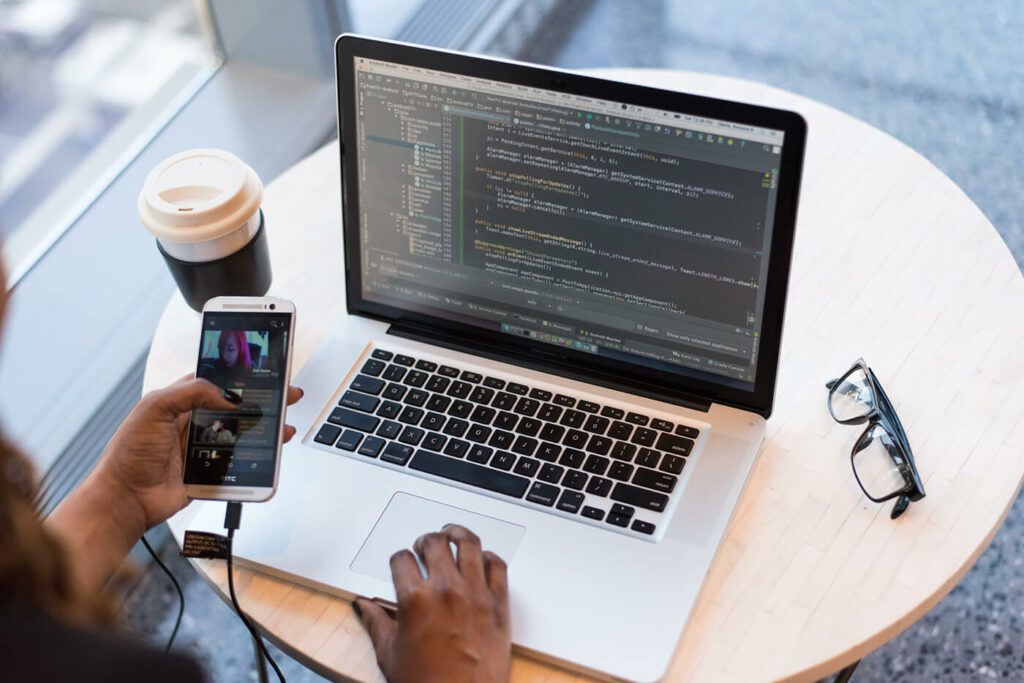 10 Canadian Retailers That Accept Bitcoin in 2022

Although panic ensues after every dip and critics can’t wait to declare bitcoin dead for the umpteenth time, an increasing amount of… 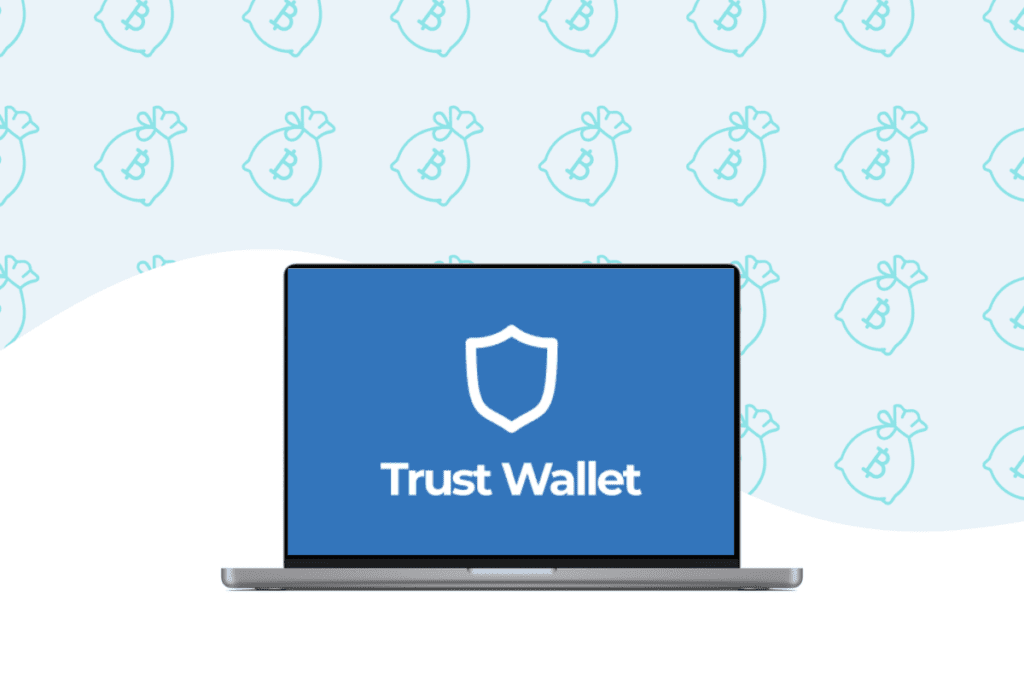 Trust Wallet Review: the Pros and Cons in 2022

Trust Wallet is a mobile wallet for your cryptocurrency. Mobile wallets are the answer for crypto traders worried about the safety of…