Canadians are Cashing in on the NFT Frenzy and Making Millions 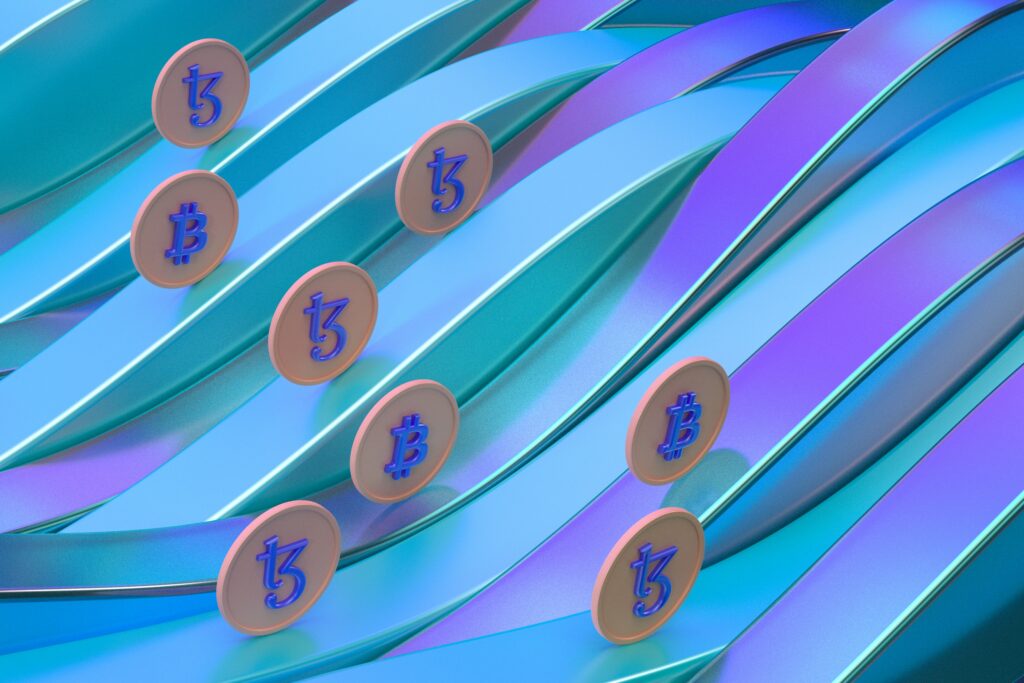 A feeding frenzy seems to surround a lot of online industries these days, and a lot of it seems to be very confusing for many people. Why would Justin Bieber spend millions on a non-fungible token (NFT) art of Bored Ape? If he does it, should all of us? It is a feeding frenzy in the NFT world. A lot of the confusion seems to come with people who become rich as a result of this feeding frenzy.  However, little has developed more curiosity and wealth than the staggering growth of NFTs. One of the most fascinating cases to examine is the case of a 21-year-old artist named Jonathan Wolfe, whose sudden millionaire status came as a surprise to nearly everyone, including his banker.

Up until his banker realized how much wealth he had built up with his NFT exploits, Wolfe seemed unaware of what had happened recently. Before, while his artwork had often sold for well over his asking price, he certainly hadn’t made a million or more dollars. However, according to a recent article in The Toronto Star, Wolfe made a telephone call to his bank and they advised him that the auction of one of his latest NFT digital paintings had made him 24.43 units of the cryptocurrency Ether, which has a value of $96,819.95 CAD on main cryptocurrency exchanges as of this writing.

That happened in early March of last year. Since then, Jonathan Wolfe’s income has exploded, as he has been enveloped by the NFT Gold Rush that upended 2021. This Gold Rush has allowed him and countless others to actually sell artwork he used to post on social networks for free. Now, however, he can sell the same artwork for tens of thousands of dollars instead.

When the Toronto Star interviewed the new millionaire art student, they found him seeming a bit sheepish about his newfound wealth, which made him refuse to tell them his earnings out loud. Instead, he used the opportunity to direct readers to a website named cryptoart.io, a site that tracks the sales of the biggest NFT artists in the field. According to that site, Wolfe has sold 130 pieces of art since October, which thus far comes to more than $1.3 million US or $1.6 million Canadian. That makes the young artist a millionaire in just a matter of months.

The explosion in demand for NFTs

That shows just how much the market for NFT art has exploded in just the past few months. It also demonstrates just how the growth has managed to enrich digital artists. Traditional markets for digital art have been flooded with mountains of cash, giving more traditional art brokering pause for reflection. Not everyone feels bad for them, since the traditional art world had given digital artists very little credit for creating anything worthwhile.

Since there was little value created by digital art in the eyes of those experts, the sudden interest in non-fungible tokens came as a surprise to those who many think should have known better. Since the NFTs seem to work as a digital certificate of sorts that serves to authenticate a particular digital art item and to tell different items apart, these digital art items are becoming increasingly more collectible. It also means buyers are now better able to act and feel like real art collectors these days, which is why so many are suddenly rushing to buy art work they sincerely believe will increase in value as time goes on.

Thanks to the rise in online marketplaces like VirgoCX and rarible, it is no longer necessary for artists to attempt to appeal to the curators at established art galleries to get their art seen, which means they can make a living without appealing primarily to at critics who are seen as experts. They also no longer have to pay commission to such gatekeepers, which means they get to keep much closer to 100% of whatever a collector is willing to pay them. In the burgeoning online market for NFTs, many artists can now boast of making thousands of sales and trades, on their own, with very little help. Get $30
We earn a commission if you make a purchase, at no additional cost to you.
Use the code: getcrypto

Besides, artists now have more ways to make money than just their artwork. In the relatively newly established world of NFTs, it’s more than just possible for an artist to sell out a piece of art they hope will grow over time, and then resell it to other buyers at a much higher price. They can then take a cut of up to 30 percent from each transaction, for the most part.

Artists no longer have to starve

One thing that makes Wolfe’s situation both unique and typical is that he embraced the trend. He had never even heard of NFTs early last year, just before they took off in popularity. Almost immediately, his friends in social media encouraged him to join the trend early, so as to take full advantage of its uniqueness and originality. Like most artists who are unafraid of new things, he had a skeptical side, and that NFT trading forced him to embrace the possibilities.  That is why he took lessons to learn such basic skills; actually the lessons taught him a few key Photoshop tricks and some stop-motion animation.  After that, Wolfe invested in an iPad for the first time, and the first art piece he created sold for $500.

Like many artists, Wolfe’s art ranges widely, from cartoons that would be at home on a FlipBook, to abstracts made with acrylics.  His art also ranges in emotional depth, with loneliness and melancholy being a frequent theme. He recently created 50 sketches of two frogs engaging in a videoconference, and they sold for about $200 each. Wolfe is somewhat prolific. He is thus far #43 on the list of highest NFT artists, as reported by digital art website cryptoart.io. Among the current leader in the list is Mike Winkelmann, best-known as Beeple, who just recently auctioned an NFT for about $60 million US through the famous auction house Christie’s. That piece, entitled, Everydays: The First 5000 Days, which is currently thought of as the third-most expensive artwork ever.

Another notable artist who has been able to cash in on the still-growing NFT caze is an 18-year-old named Fewocious who has so far earned more than $17 million from NFT sales just since July 2021, and he has gone on to become a major influencer inn that community. He claims to have left an abusive home in Las Vegas when he was just 12, where he made his way to the city of Seattle, which is where he decided he would become a digital artist and draw as many new pieces of art as possible. Last year, as the COVID-19 pandemic was again spreading like wildfire, one of his newest pieces, entitled, Overthinking Again, for nearly $350,000 US

What makes an NFT valuable?

When you own an NFT, you are asserting that you own the artwork the NFT represents. For a medium in which virtually anything can be copied or downloaded anytime you want, the very idea of an NFT can seem ironic, to some extent. For instance,  if you like the artwork of Jonathan Wolfe, it’s possible for you to screenshot it, or download it to your computer’s desktop at will. You can even print it out and hang it in your bedroom. Best of all, you can do all of this at a cost of $0.

The catch is, you can do all of that, but you can’t own it. For example, if the original was purchased and held by a crypto investor in Wales, in the world of NFTs, the ownership is the only thing that truly matters. And it will always be the case because the difference is between fungible and nonfungible assets. To understand this concept, consider where the original is, and what you’re able to do with it. Consider; a print of Leonardo DaVinci’s Mona Lisa is fungible, which means you can switch it out with another, identical print, and nothing about the painting will change. The original, however, is non fungible, which means it is sitting in the Louvre, one of the most famous Art Galleries in Paris, where it is surrounded by French security and is as safe and secure as possible. That means you can’t have it at all.

It is essentially impossible to attribute value to digital artwork without the creation of NFTs. Images make their way all over the internet with no knowledge of their original source or any inkling of who created it or subsequently owns it. In most cases, the original artist is unknown and has not been paid in any way. Many artists have turned to NFTs to get paid, after working for years as an artist, illustrator, or a graphic artist, so that they could make a living with their work. Many of them have been posting on Facebook and Instagram for years, with a lot of acclaim, but few or even no sales. He had lots of followers, but few wanted to buy any of his work. 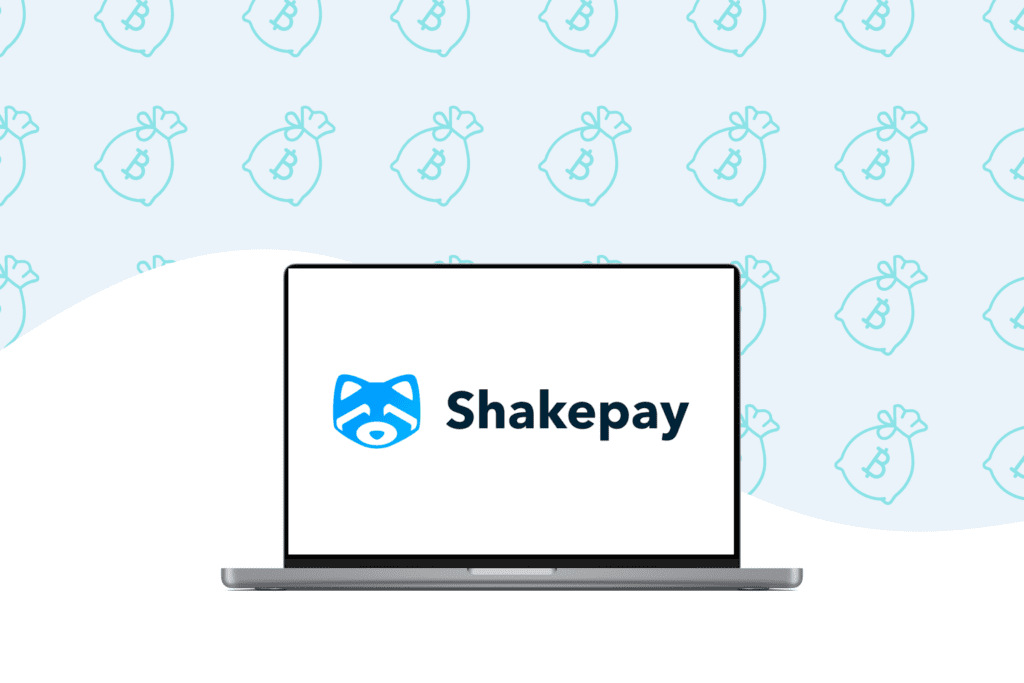 Shakepay Review for 2022: How to Buy Bitcoin and Receive Free Satoshis on Your Phone

If you’re a Canadian looking for a simple, user-friendly way to invest in crypto, then Shakepay might be a great option for… How to Buy Bitcoin in Canada – A step-by-step guide

In collaboration with CoinSmart Bitcoin has become one of the most well-respected asset classes in the world. So far this year, we…