As the Canadian economy opens up, one sector that investors should look at very keenly is the telecommunications space. While the sector wasn’t hit too badly by the COVID-19 pandemic in 2020, stocks struggled to gain momentum. Will 2021 be any different? The companies in this sector are doing very well despite the obvious challenges.

There is a lot of consolidation going on in this space as 5G rollouts are gaining pace and there is a massive up-gradation of infrastructure in most companies. It is also clear that pandemic or no, work-from-home is here to stay, and people and businesses will need high-speed internet to stay online.

A major positive for investors interested in telecommunication stocks is the fact that all the companies pay out decent dividends.

Bell Canada (BCE) is Canada’s largest telecommunications company and is headquartered in Verdun, Quebec. BCE is one of the better-positioned companies in the telco space. The company has taken a hit with a number of analysts downgrading the stock recently but it is still a great dividend payer with a forward yield of almost 6%.

The stock closed 2020 at around $55 and has gained around 10% since then to move to $60.5 levels. The company offers wireless data and broadband which is an essential service today, and this is a great stock for capital preservation.

BCE is seeing good growth in the fiber vertical and also has a decent 5G deployment in the offing. Bell’s Q1 earnings for 2021 showed quarterly revenue growth for the first time in 12 months, with a Q1 topline up by 1.2% year-over-year to $5.7 billion and an adjusted EBITDA which saw growth of 0.5% to rise to $2.429 billion.

Bell Wireless alone saw operating revenue growth of 3.2% year-over-year to $2.1 billion and the Wireless segment’s revenue grew by 1.5%. The company is on track to hit its 2021 guidance numbers which it had declared in February, calling for a yearly revenue growth anywhere between 2%-5% and an adjusted EBITDA growth in the same range. BCE has been a consistent dividend grower and management says it will continue to do so making it a smart dividend bet for income investors.

Telus is one of the best dividend stocks on the TSX with a forward yield of 4.6%. It provides a wide range of telecommunications products as well as services that include internet access, entertainment, voice, healthcare, IPTV television, and healthcare.

Telus has been one of the most resilient companies through the pandemic, barely dropping 20% during the bear market of 2020, and its stock price has already moved higher than pre-pandemic levels.

Telus recently announced a dividend rate hike in its earnings results which were declared on May 7th for the fiscal ending March 31st. It generated some solid top-line growth with operating revenue of around $4 billion, which was up by 8.9% year-over-year. Earnings before interest, income taxes, depreciation, and amortization (EBITDA) increased by 3.7% to $1.5 billion

Telus is going ahead with its decision to increase its capital expenditures to accelerate fiber and 5G network coverage over the next 18 months. The company announced it would raise its capital expenditure guidance for 2021 by $750 million to approximately $3.5 billion. It expects free cash flow to be approximately $750 million in 2021, while its revenue and adjusted EBITDA targets for 2021 remain unchanged. It also expects CAPEX to decline to $2.5 billion or less, beginning in 2023.

Its strong performance so far enabled Telus to increase its dividend payout by 8.6%. The company is planning on making 7-10% annual hikes until at least the end of 2022. Telus isn’t what you’d call a dividend aristocrat, but it has managed to keep increasing its dividend payments since 2004.

It has a high payout ratio of 81% but it also has a strong track record and stable business which is why Telus is definitely a solid income stock one should hold onto for the long term.

Rogers Communications is a smaller company compared to BCE and Telus but it recently went in for an audacious $20 billion buyout of Shaw Communications. If the deal goes through, and there is every indication that it will, the Rogers-Shaw combo will topple Telus from second place in Canada’s telecom space. Shaw shareholders are in favor of this deal with 99.8% of them voting on May 20 for the deal to go through.

Rogers is a large company and has the added benefit of a large media segment, which includes dozens of TV and radio stations, which enables an additional revenue stream for the company.

The one area where Rogers fall short compared to BCE and Telus is dividend payouts. Its forward dividend yield is lower than both its peers at 3.21%. However, investors can expect considerable capital appreciation in the stock. The stock closed June 3 at $62.36 and analysts have given it a target of $71.21, a potential gain of over 14%. However, investors should not be fretting about a lower dividend payout when the company is going in for the Shaw acquisition.

Rogers has focussed on paying off its debt over the last few years at the cost of a lower dividend, and that move might just pay off with Shaw. Getting another company into its fold and a 3.21% dividend with a 14% capital appreciation is not a bad deal at all for potential investors.

Quebecor is the largest telecommunications and media player in Quebec and is content to stay within its circle of competence. It’s best known for its brand Videotron. It doesn’t seem like the company intends on venturing out of Quebec any time soon, as it is quite content with staying within the home province and building on its brand power as well as a deep penetration in areas of Quebec, which would be costly for other telecom powers to expand in.

While it does face stiff competition from the Big Three, it has a slight edge over the others from not having spread itself too thin. The company’s numbers for the first quarter of 2021 saw revenues go up 3.4% to $1.09 billion from the same period of 2020. Adjusted EBITDA increased by 3.7% to  $452.7 million.

On April 1, 2021, Videotron announced the acquisition of Cablovision Warwick Inc. and its network. On March 22, 2021, Videotron entered into agreements with the Québec government and the Government of Canada jointly aimed at achieving the government’s targets for the rollout of high-speed internet in various regions of Québec.

Under these agreements, Videotron will expand its high-speed internet network to connect approximately 37,000 more households and the governments have undertaken to provide financial assistance in the amount of approximately $258 million for this purpose. See, what we said about penetrating deep into Quebec?

The stock closed on June 3 at $32.67. It pays out a forward dividend yield of 3.37% which is very good for a company its size. Analysts have given the stock a target of $39.25 which presents a possible upside of over 20%. The stock is a great option for capital preservation and dividend income.

Cogeco Inc. operates in the communication and media space across the United States and Canada. It’s subsidiary Cogeco Communications services residential and business customers with internet, video, and telephone services in Canada and does the same in the US under the Atlantic Broadband brand. It also owns 23 radio stations under its Cogeco media subsidiary that primarily serve a wide range of audiences in the Québec province.

Cogeco Communications recently released its first-quarter 2021 results. It posted revenue growth of 8.2% and adjusted EBITDA increased 10% to $307 million. Free cash flow was up 14% to $142 million.

The COVID-19 pandemic has made millions of Canadians work from home and high-speed internet is now an essential part of life. It also bolstered demand for residential high-speed Internet across the country.

Cogeco stock has already climbed over 15% in 2021 and analysts have given it a target of $127 which is a potential upside of almost 37% from its June 3 closing price of $95.03. The company’s forward dividend yield is the lowest at 2.32% but the capital appreciation more than makes up for it. 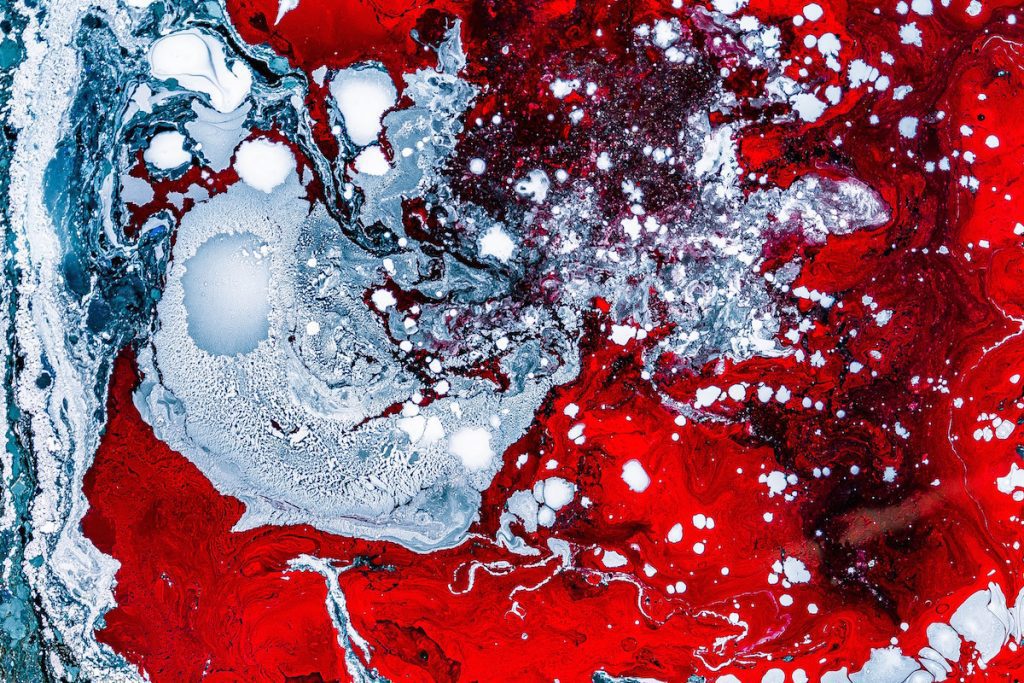 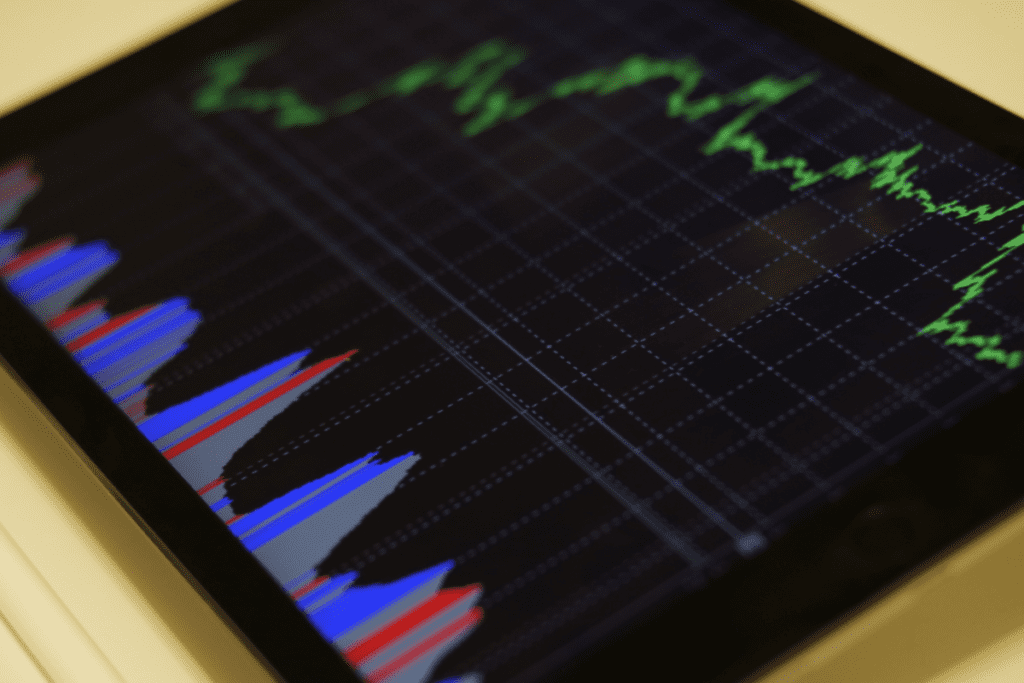 In a volatile macro-economic environment, dividends provide a semblance of certainty. Dividend growth stocks provide investors with an opportunity to benefit from…