How to Buy Penny Stocks in Canada Without Losing Your Shirt! 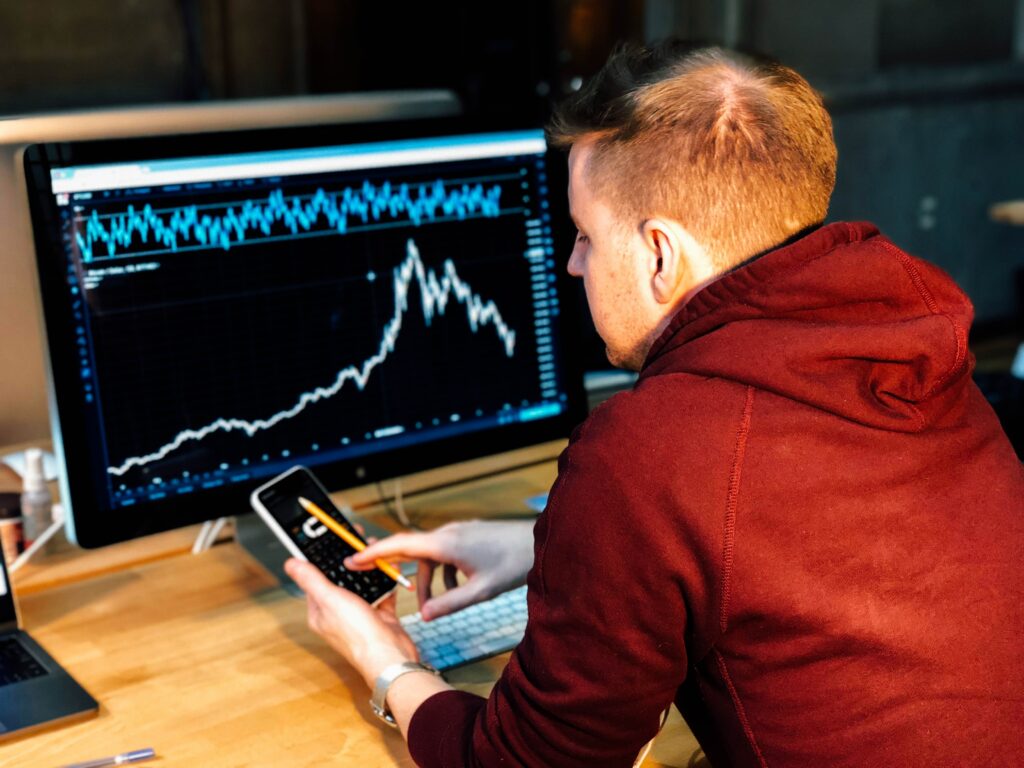 If you have seen the movie Wolf of Wall Street, you have some kind of idea regarding penny stocks. These were the stocks that Jordan Belfort, portrayed by Leo DiCaprio, sold to his clients.

The premise of the sale was that the stocks would deliver returns like no other stock and that the client would make a bunch of money. However, almost all those investments turned out to be duds for the clients, and the only people who made money were the stockbrokers (before investing in the stock market it is important to first choose the online broker that will best suit your needs).

What Are Penny Stocks?

To put it simply, a stock is a penny stock if:

From the three points above, the second one is the most important. A penny stock will never trade on a major exchange as it doesn’t meet the requirements of these exchanges.

If they are so risky, why should anyone buy them?

Think of penny stocks like lottery tickets. In fact, the odds of you making money on penny stocks are better than you winning the lottery. Yes, there are quite a few risks when you bet on penny stocks but the upside potential on them is worth the punt.

If you dream of turning your $10,000 to $100,000 in less than a year, you have to look at penny stocks. You need explosive returns to work their magic but beware that the magic sometimes turns your money to sawdust. However, the potential upside might be worth the risk. Here are some of the best penny stocks available in Canada right now:

Fire & Flower Holdings: There are a lot of penny stocks in the marijuana space that can deliver substantial gains to their investors. The last few months have seen several stocks in the sector gain in triple digits but there are quite a few that still have firepower left in them.

Fire & Flower Holdings that deals in marijuana are one of them. The stock trades at $1.23 and has a market capitalization of $293.76 million. A big positive for investors in Fire & Flower Holdings is that retail giant Alimentation Couche-Tard is an investor in the company.
On March 2, F&F announced that it would convert outstanding convertible debentures held by Couche-Tard into equity that would give the retailer a 19.9% stake in F&F. The company reported $33.1 million in revenue for 2020, an increase of 142% from 2019. On February 1, F&F reported a record 200,000 members across its retail network.

F&F has also entered the U.S. cannabis market through a strategic partnership with American Acres that allows it to license its Fire & Flower brand, store operating system and Hifyre technology platform for dispensaries in California, Arizona and Nevada. The agreement also allows F&F to acquire American Acres at a discount to fair value. Expect the acquisition clause to trigger if marijuana is federally legalized south of the border. The US is the largest market for marijuana and a foothold in any of the three of the largest states (by demand for marijuana) can do wonders for F&F’s top and bottom lines.

Kodiak Copper: Kodiak Copper is a penny stock in the metal space with a market capitalization of $69.3 million. You find a lot of metal companies in the penny stocks section as there is a lot of speculation in this industry. Kodiak Copper is right up there.
The company has no revenues and its stock rises and falls with news of its exploration efforts. The stock went up 552% from $0.46 in August 2020 to $3 in September. It has then fallen almost 49% and is now trading at $1.54. Kodiak, as its name suggests, deals in copper. Copper prices have been soaring in 2021 thanks to a lack of supply in the world.

Kodiak’s stock price surge in September 2020 was a result of Teck Resources investing $8 million for a stake of 9.9% in the company. On March 14, CEO of Kodiak Copper Claudia Tornquist said that copper faces a supply gap of 5 million tonnes a year on a Kitco Roundtable podcast. She said, “Many mines are getting old and declining in production, and the development pipeline is very low. So there’s not much there to replenish declining production, and many commentators see a significant supply gap of 5 million tonnes a year.”

In 2020, Kodiak took a very different approach to drill in the MPD region in south-central British Columbia. Kodiak Founder and Chairman Chris Taylor decided to drill deeper to over 800 metres in depth and it “…uncovered what appears to be a large, well-developed, multi-centred alkalic porphyry system with a footprint of over 10 square kilometres.”

Loop Insights: Loop Insights is an IoT (Internet of Things) company. It is another penny stock on this list that hasn’t made a single buck in revenue but holds the potential to make a lot of money (as much potential as a penny stock can hold).

The company’s press release at the end of 2020 spoke of how the last year was one of the best for Loop and how it had signed revenue-generating partnerships, expanded into travel, film, and live entertainment industries, apart from signing agreements with the telecom industry as well.

2021 can be ‘the year that things take-off’ for Loop. On March 18, Loop announced the launch of its pilot program with Canadian grocer Sobeys to deliver digital receipts via its Wallet Pass technology at five Sobeys stores. Sobeys generates over $28 billion in annual sales from more than 1,400 stores under various banners across Canada. Vancouver-based Loop said that if the pilot is successful, both parties may expand the scope of the relationship to additional Sobeys locations.

On March 1, Loop announced it signed a letter of intent (LOI) with Maitri Health Technologies for various aspects of its technology in return for $2 million in cash and stock, as well as a revenue-sharing arrangement.
The last week of February saw Big White Ski Resort partner up with Loop to deploy its venue management platform to address COVID-19 safety protocols. Loop will deploy its venue tracing solution across Big White Ski Resort and its facilities. The company claims this has the potential to generate $7.2 million – $9.6 million in revenue for Loop and Big White Ski.

Aeterna Zentaris: Pharma is a great space to discover penny stocks. Companies that make a breakthrough can see their stock prices zoom or sink (if they are stuck in a rut they can’t get out of). Aeterna Zentaris has been seeing significant action in recent weeks.

On February 2, Aeterna announced that it had entered into an exclusive worldwide sub-licensable patent and know-how license agreement for a potential COVID-19 vaccine that is in preclinical development that was invented at the Julius-Maximilians-University Wuerzburg, one of Germany’s leading research and teaching universities. The company also entered into a research agreement with the University to conduct supplementary research activities and preclinical development studies on the potential vaccine.

Aeterna Zenatris stock was trading under $0.5 in November 2020 before the company announced that amended its existing license agreement with Novo Nordisk Biopharm Limited. The agreement was around the development and commercialization of macimorelin, Aeterna’s oral test for the diagnosis of adult growth hormone deficiency. Aeterna is also developing it for the diagnosis of childhood-onset growth hormone deficiency. Novo Nordisk paid Aeterna €5 million. The stock is now trading at $1.59.

Athabasca Oil: This is a stock that has flattered to deceive for many years but 2021 could be different. Athabasca Oil is an upstream exploration and production company that operates in the light and thermal oil resource space. The company is spending capital prudently now and investors in the stock can take advantage of rising oil prices and a recovering economy.

Athabasca Oil has serious upside potential as its light oil and thermal oil operations can be very valuable. The company has a market capitalization of $270.64 million and a beta of 2.75 that just illustrates how volatile the stock is. Athabasca reported its year-end results for 2020. It is sitting on an unrestricted cash balance of $165 million that is forecasted to grow in 2021. Athabasca plans to refinance its $450 million debt in2021 as energy credit markets continue to improve.

The company’s stock price has risen 200% in the new year and if the global recovery continues with rising oil prices, investors could be in for a windfall. Of course, the downside is that if the second wave of the COVID-19 virus is serious enough for countries to start re-imposing strict lockdowns, Athabasca could be in serious trouble.

Points to Keep in Mind While Investing in Penny Stocks:

Remember, investing in penny stocks is often like angel investing into multiple start-ups. The idea seems good, the founders seem good, the company is making all the right noises but 99% of start-ups fail. However, it just takes one start-up to give you returns that make up for all your losses and then some. Keep that in mind and you won’t be too disappointed.

This article was compiled by Hardbacon, which has designed a online broker comparator listing dozens of Canadian online brokers. Hardbacon also helps you save on savings accounts, chequing accounts, credit cards, robo-advisors, life insurance, mortgages and personal loans. If you want to go one step further and take control of your finances, you should download Hardbacon’s mobile app, which links to your bank and investing accounts, helps you plan for your financial goals, create a budget and invest better. 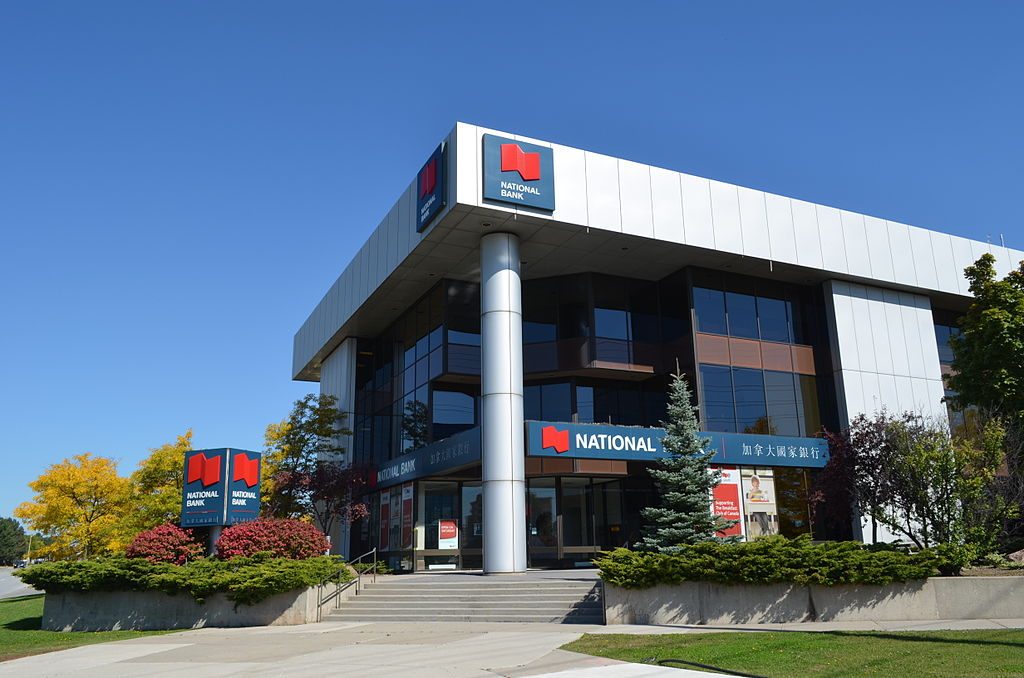 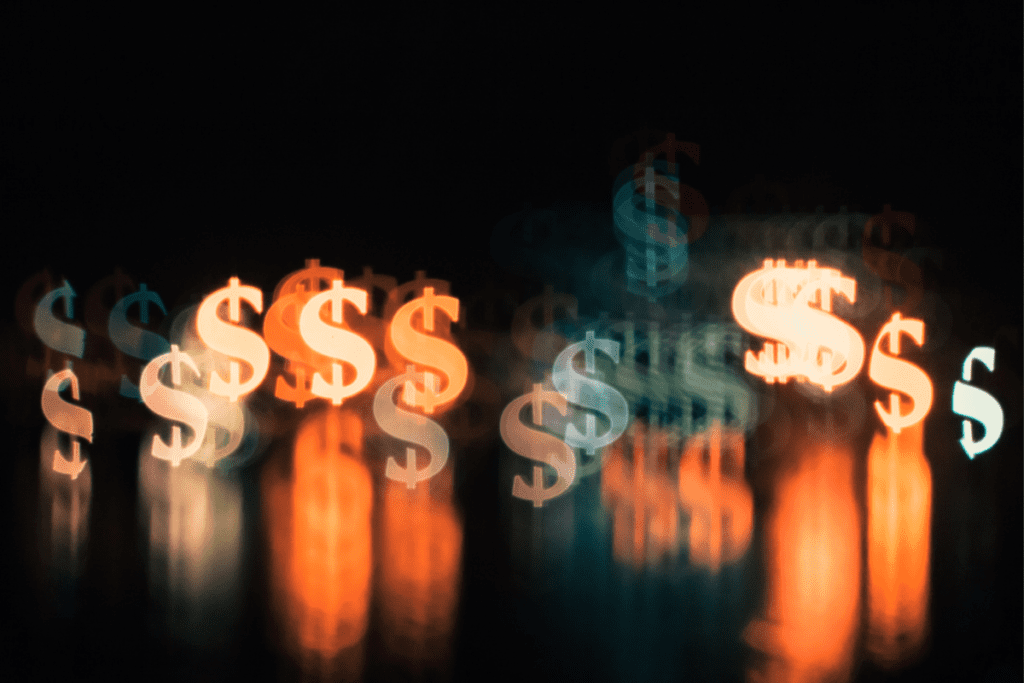 14 June 2021 Dividend Investing in Canada: What You Need to Know to Get Started Read More 3 June 2021 Should Dollarama Stock Be Part of Your Portfolio? Read More