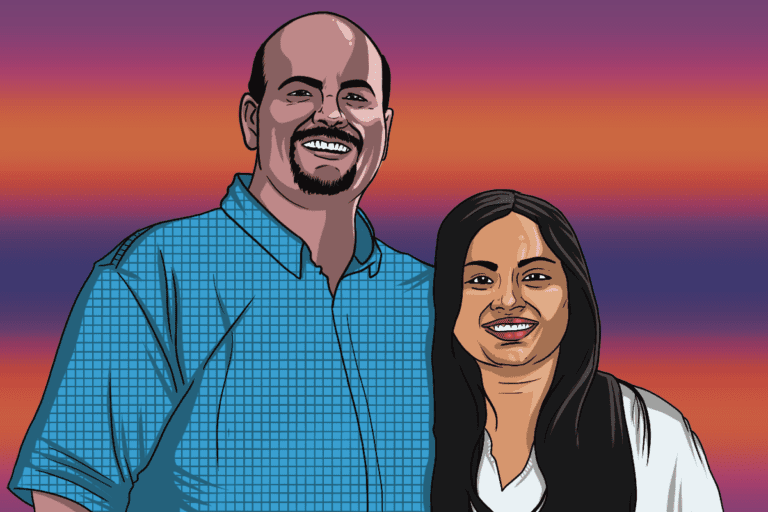 Most people start to think about retirement with they hit the big 50.

But for Justin McCurry, a former engineer from Raleigh, North Carolina, retiring at 33 means freedom. Every day for him is like a Sunday – no chores and a lot of free time to do whatever he wants. Justin quit his full-time job in 2013 and 3 years later, Kaisorn, his wife, quit her 9-to-5 to join him in early retirement.

From literally surviving on rice and beans, McCurry now affords to eat “5-star meals” that he cooks from scratch at home, spend time outdoors swimming and hiking, and taking family vacations. He decided to share his journey and the steps he took to join the FIRE (Financial Independence, Retire Early) movement.

On his personal finance blog Root of Good, McCurry admits that they were not particularly rich or lucky when it came to jobs or income. Neither of them reached a 6-figure salary, with Justin’s salary topping out 84,888 CAD and his wife’s at 91,040 CAD.

Even though the McCurrys’ collective income never surpassed 175,000 CAD, they managed to stash away a substantial net worth. How did they do it? The couple saved roughly 50 percent of their income and strived to battle lifestyle inflation.

At the McCurrys peak earning period, the couple accelerated their savings goal to 70 percent of their combined income. They had to save on these 3 big expenses to achieve their target: transportation, housing and food.

The family still lives in the house they purchased when they were in law school. They rarely dine out and have also not bought another car since their college days.

Where it all Started

Justin told CNBC Make It that his retirement journey started in 2004 when he graduated from law school then later secured employment at a local engineering consulting firm.

His wife was still in law school, and the couple had to rely on Justin’s 59,006 CAD annual income. Thanks to their early college and grad school investments, the McCurrys had already accumulated 60,235 CAD in savings.

It wasn’t just saving a ton of money. Justin and his wife made their money work for them. They regularly pumped their savings into their brokerage account. Thanks to smart investing and incremental salary raises, the couple’s portfolio grew to over 1.6 million CAD over the next decade. This was enough to finance their modest retirement lifestyle. If you want a detailed breakdown of how the McCurrys money grew, click here.

The original retirement budget for the McCurrys was 39,347 CAD. They stuck with this figure in 2014-15. A year later, the couple revisited their portfolio. They realized they could ramp their retirement budget to 49,194 CAD a year.

If they had an unforeseen expense in one category or their portfolio performed dismally, they could always cut back on some expenses.

The McCurrys are still aiming to devote 49,194 CAD a year to retirement expenses. Because their portfolio (plus blog income) has consistently grown over the past few years, they have allowed themselves to spend 6,154, 12,308  or 24,616 CAD more than that if they want to splurge on something worthwhile.

Frank insists that flexibility is key if you’re serious about retiring early. But as long as you are fine with trimming unnecessary expenses when your portfolio goes down, you can still live comfortably without getting worried about exhausting your assets prematurely.

How They are Managing Family Expenses

The couple had their first kid in 2005. But even with a new addition to the family, they were still able to keep up with their ambitious savings rate. They used hand-me-downs, had family help out taking care of the kids and took advantage of employer benefits. They lived close to where they grew up. Of course, they gave the grandma some money for watching the kids, but it wasn’t 24,616 CAD per year.

Thanks to good health insurance, the couple only paid a small amount for the child delivery. After childbirth, they bought a crib, mattress and some baby seats that amounted to a couple of hundred dollars.

Their kids attended public school. They avoided going overboard with expensive field trips. Instead of spending a huge chunk of money on sending their kids on overseas trips, they spent the same amount or even less money to go for a family vacation.

According to Justin, they probably spend one-third or one-half of what most parents report spending on their kids. But other than their folks retiring early, the kids have a pretty ordinary upbringing.

For college, the couple is getting their kids academically ready to contest for scholarships. As a backup, they started setting aside years worth of tuition fees for each of the kids.

How a Day in Their Early Retirement Life Looks Like

It’s not all work and no play. The family of 5 still goes on vacation every once in a while. They utilize credit cards points to finance their trips.

Justin says that in terms of daily life, it’s pretty wide open. Activities revolve around board games, video games, tennis, hiking, biking, reading, volunteering at school, TV on Netflix, and the list goes on and on.

Since they have a lot of free time, the family spends a lot of time outdoors during the day. They don’t have to wait until the weekend to get out and about as most people do.

They also travel a lot. Every summer, the McCurry family goes on a one or two-month vacation outside the country. Thanks to their flexible schedule, they take advantage of airline discounts to minimize travel costs.

Do They Miss Their Working Days?

Justin admits that there are some aspects of being employed he misses, like working on mega projects. But in terms of having to show up to work at 8 am every day, dealing with deadlines and lack of freedom, he doesn’t miss working at all.

For Kaisorn, what she misses is interacting with her colleagues. But besides that, she doesn’t miss the early mornings to work, coming home late and not having enough time to spend with their kids. Just being able to take a simple walk outside, relax at home or go shopping whenever she feels like it puts a smile on her face.

They took the risk and it is working out for them.

When you quit your full-time job, it’s normal to abandon lots of social interaction. Also, being employed keeps you on your toes, and you almost always have your schedule filled. Justin says that most people tend to overlook the social aspect when deciding to join the FIRE movement.

For him, the solution is to keep doing what interests you and finding your type of crazy (people with similar interests like yours).

How Other People Can Emulate Them

For people who want to pursue early retirement, Justin thinks it really comes down to consistency and discipline.

Justin advises that potential early retirees should avoid inflating their lifestyles, put their expenses in check and save as much of their income as they possibly can. According to him, saving half of your income is an ideal ratio if you’re serious about early retirement.

“You don’t have to live hand to mouth to get your savings rate high; being intentional about how you spend your money is vital. This is especially true when it comes to transportation, housing and food (the big 3).”

You’re more likely to attain early retirement if you start early. If you can start putting your cash to work in your 20s, the better.

If you’re not able to retire early in your 30s, you can still retire in your 40s and enjoy the freedom that comes with early retirement.

How the Pandemic Affected their early retirement

But the massive dip did not faze Justin, who is now 40. According to him, nothing changed in terms of their long-term plans. Even if the markets don’t recover fully, Justin is positive that their portfolio will last them through retirement because they planned for such downturns.

It would help if you addressed those risks and ask yourself if you’re okay going into retirement with your savings account balance.

A good indication that you are in an okay position to retire is if amidst market turmoil, you can maintain your lifestyle. If, however, your calculations show that you’ll be in financial turmoil if you suddenly lost 30 percent of your portfolio, focus on saving more before quitting your job. 40 Finance Podcasts Every Canadian Should Listen To

Your headphones can make you wealthy. If you want achieve financial independence, you need to level up your financial literacy. But who… 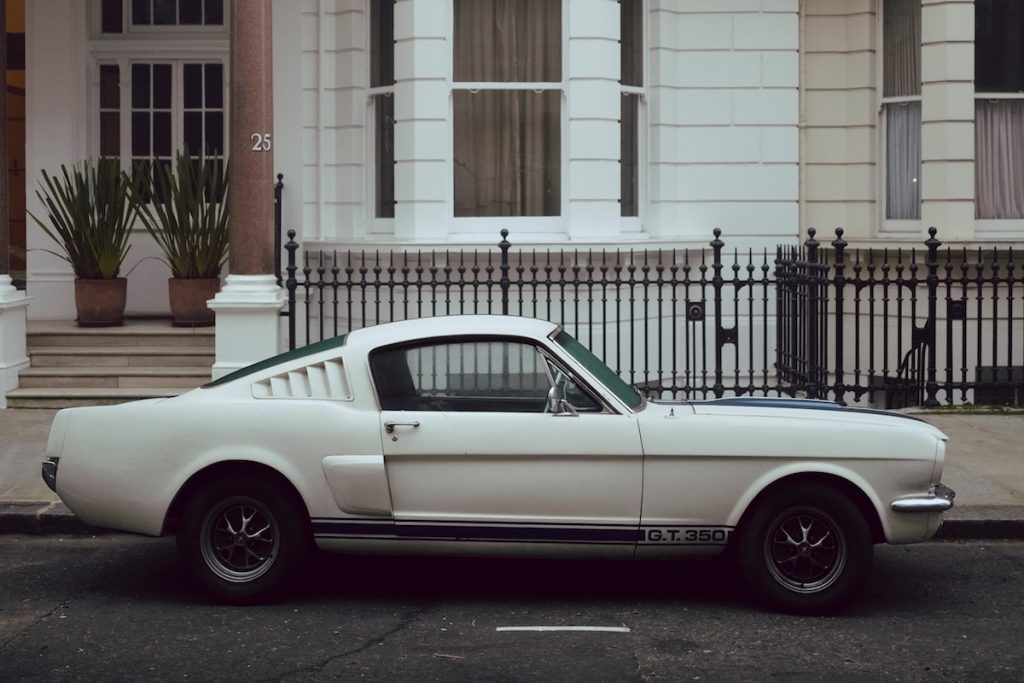 For many people, the idea of investing seems like an impossibility. Perhaps even facing your own finances head-on is scary and… 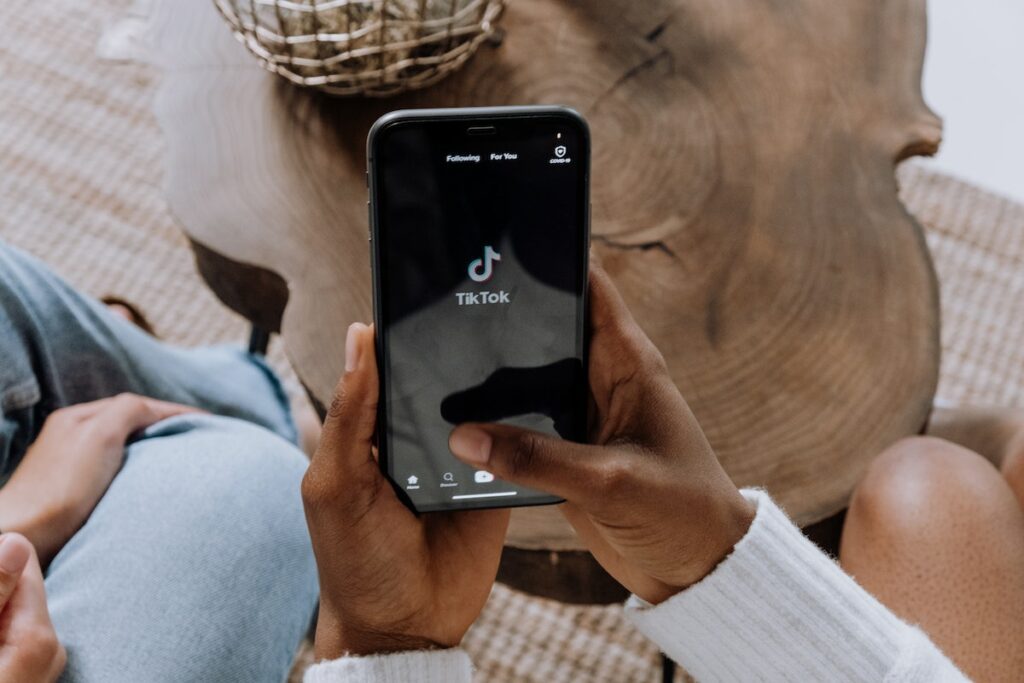 How to Make Money on TikTok

With nearly 1 billion monthly users actively swiping on TikTok, and nearly 10 million Canadians on the platform, TikTok has become the…