8 TSX Stocks that Are Trading Below $10 Canadian markets have been good to investors in 2021. It is very easy to miss out on market-beating stocks as equities keep hitting new highs almost every week.

There’s a lot of confusion in terms of what are actually good stocks and which ones are surging because of the rising tide. During such times, it makes sense to pause before restocking one’s portfolio. As the pandemic refuses to go away, and the world accepts a new normal, there are bargains to be had.

A lot of investors look at small caps as big opportunities, and it is true. There are a lot of small-cap stocks that are still undervalued in the market. They are flying under investors’ radar. This is a list of the best eight stocks in this space that are also trading at lower stock prices.

It includes companies from the field of technology, medicine, cannabis, food, finance, and media. One key point to keep in mind while investing in small-cap stocks is that they are relatively more volatile than companies with bigger market caps. If you’re looking for stability, you might want to look at our list of Canadian dividend stocks.

But as long as the value proposition of the company is clear, and the financials are good, these stocks should find space in your portfolio.

Well Health Technologies is a fast-growing company in the telehealth space. It provides digital electronic medical record (EMR) software services as well as owns and operates primary healthcare facilities in Canada and the US. As of March 29, 2021, it operated 27 physical clinics and provided EMR services to 2,200 medical clinics across Canada.

In 2021, it has acquired CRH Medical and Intrahealth Systems, which will help the company grow its annualized revenue run rate to $300 million. It achieved profitability in Q4 of 2020 for the first time with adjusted EBITDA (earnings before interest, tax, depreciation, and amortization) of $0.77 million. Total revenue for WELL in 2020 was over $50 million.

Investors weren’t very inspired by its quarterly results. However, Well Health is optimistic that its profitability and cash flows will improve in the first quarter of 2021 compared to Q4 of 2020. The stock currently trades at $7.35 and analysts have given it a target of $11.88, an upside of over 61%.

Goodfood is a company that has started to make a name for itself in the online grocery and meal solutions space. The company hasn’t been profitable on a consistent basis. It reported a net loss of $4 million for the second quarter of fiscal 2021. However, revenues increased by 41% to $100.7 million in the same quarter compared to the corresponding quarter of fiscal 2020.

Quarterly cash flow clocked in at $5.4 million, an improvement of $9.3 million from the corresponding period last year. And the final clincher, the number of active subscribers reached 319,000 as of February 28, 2021, an increase of 73,000, or 30%, compared to February 29, 2020. People’s dining habits have changed considerably during the pandemic and Goodfood is in the perfect position to capitalize on it.

CloudMD is the closest competitor to Well Health Tech in Canada. It is an aggressive player in the telehealthcare space, and it has started operations in the US this year. The company announced the acquisition of Oncidium, one of Canada’s leading health management companies with over 500 corporate and public sector clients across industries. The employer market is the fastest-growing area in healthcare spending and is expected to grow 130% by 2025. Oncidium’s current 4-month revenue run rate is in excess of $40 million on an annualized basis.

CloudMD trades at $2.01 and analysts have given it a target of $4.18, an upside of almost 108%. The effects of the pandemic will linger on, and it is unlikely that people will start flocking to doctors’ offices again. Telehealth is cheaper and safer. While Well Health and CloudMD compete in North America with much bigger players, the healthcare market is a large enough playing field for everyone. CloudMD could be one of those stocks that suddenly zooms.

Corus Entertainment is a media and entertainment stock that operates in the TV space. The industry was slightly impacted during the pandemic, with revenues for the second quarter of fiscal 2021 coming in 5% lower at $358.8 million compared to $375.9 million in the corresponding quarter in 2020. Corus proved that it is a resilient stock and came out unscathed.

However, the biggest push for Corus comes from the deal it signed with streaming service Hulu where the Corus Studios division will sell more than 200 episodes across different genres.

Organigram is one of Canada’s leading producers of medical and recreational marijuana. The price for wholesale cannabis has been falling and Organigram has felt the pressure in its Q2 numbers for fiscal 2021. It reported a 37% fall in revenue which stood at $14.2 million compared to $23.2 million.

The company has taken steps to combat this. It got an infusion of $221 million from tobacco giant, British American Tobacco (BAT) in 2021 and it also announced the acquisition of The Edibles and Infusions Corporation (EIC), a maker of cannabis-infused products which includes soft-chew edibles.

Edibles in the US market have a market share of over 10% in the total cannabis market while the corresponding number for Canada is only 4%. The global edibles market could exceed US$11.5 billion according to a report by Financialnewsmedia giving OrganiGram enough opportunity to grow its topline. The potential is immense and this acquisition is a smart play on the future. Organigram is trading at $2.52 right now.

Hexo is the second cannabis stock on the list. It is one of the largest licensed companies in Canada but it has hit tough times in 2021. The stock has tumbled from $10.17 in mid-February to its current price of $6.9. While Organigram is looking at an edibles play, Hexo is focusing on its partnership with Molson Coors under the Truss brand.

Truss is a cannabis-infused beverages brand and Hexo just increased its portfolio by 50% with the launch of six new brands in April. The Canadian adult beverage market is worth $6 billion and Hexo wants to capture a large market share.

It has also announced the launch of ‘Bake Sale’, a value brand that promises aggressive pricing and will be ‘one of the lowest prices per gram, in the country’ having the potential to undercut certain competitors by at least 20%. Bake Sale will play the volume game. Analysts have given Hexo a target price of $9.59, an upside of almost 40% from current levels.

Bird Construction has been around for 100 years and is one of the leading construction companies in Canada. The company’s revenue for 2020 rose 9.3% to $1.5 billion despite the pandemic. It had a strong balance sheet at the end of 2020 with $135.5 million of working capital and $156.9 million in cash.

The last two decades have seen Bird’s stock price deliver a CAGR (compounded annual growth rate) of 15.95%. It recently announced that Stuart Olson is now a fully owned subsidiary of Bird. In February, Stuart Olson won a contract worth more than $550 million. The stock has moved up by 12.5% in 2021. Bird Construction pays a forward dividend yield of 4.33%. The stock trades at $9, and analysts have a target of $10.86 on the stock.

AGF Management is a financial company that manages mutual funds. Its numbers for the first quarter of 2021, ended February 28, 2021, and mutual fund gross sales came in at $1 billion, an improvement of 85% year over year. Net sales came in at $385 million for the quarter. Assets under management (AUM) increased by 6% to $39.8 billion compared to $37.4 billion as of February 29, 2020.

Momentum has continued beyond February. March 2021 was the company’s strongest sales quarter in a decade. AGF reported mutual fund net sales of $211 million as of March 29, 2021, compared to net redemptions of $73 million for the same time in 2020. March was also the year AGF completed one year of entirely virtual operations.

We can see that all the stocks on the list are trading at a discount compared to Bay Street analyst estimates. Investors can use this list as a starting point and identify similar stocks that are trading lower than their intrinsic value. Small-cap value stocks trading at an attractive valuation have the potential to derive outsized gains and create massive investor wealth over the long term.

Looking for even cheaper stocks? While the risk may be higher, you might want to look at some penny stocks to invest in.

This article was compiled by Hardbacon, which has designed a online broker comparator listing dozens of Canadian online brokers. Hardbacon also helps you save on savings accounts, chequing accounts, credit cards, robo-advisors, life insurance, mortgages and personal loans. If you want to go one step further and take control of your finances, you should download Hardbacon’s mobile app, which links to your bank and investing accounts, helps you plan for your financial goals, create a budget and invest better. 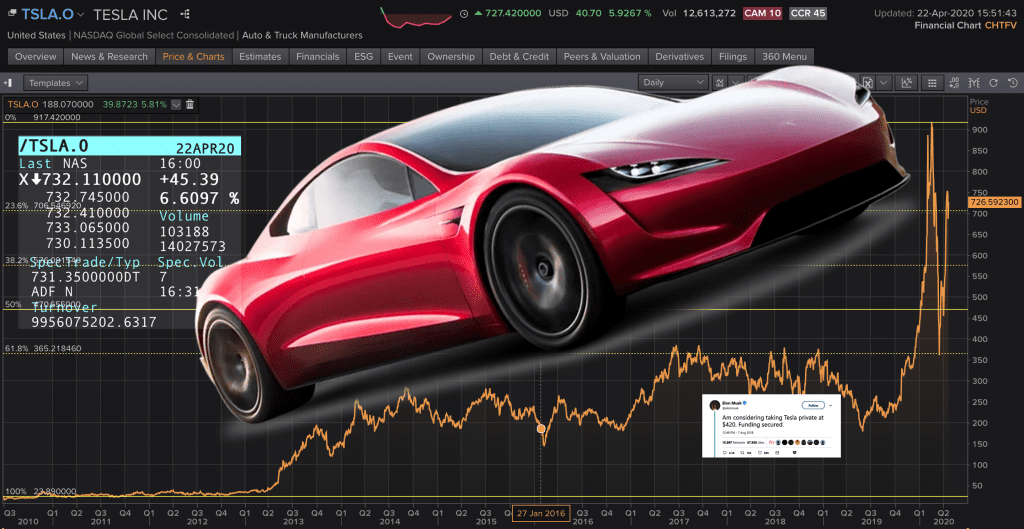 Just under 10 years ago, Tesla took its first steps on Wall Street, seven years after being created. Since then, despite a… 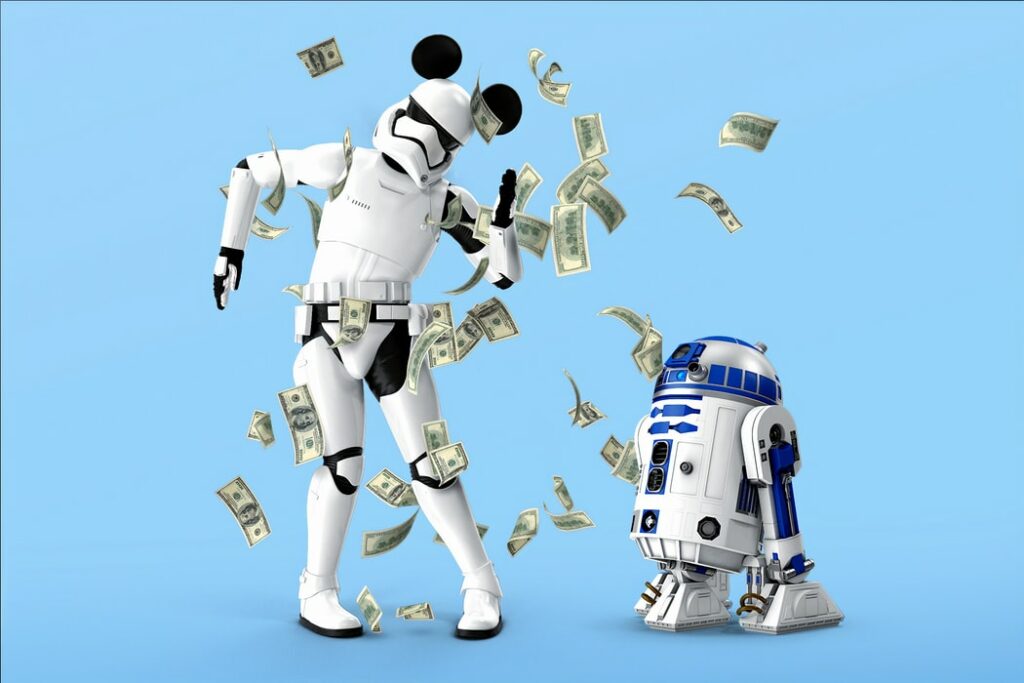 The popularity of robo-advisor services is well established. Investors are most attracted to these products due to the fact that they are… 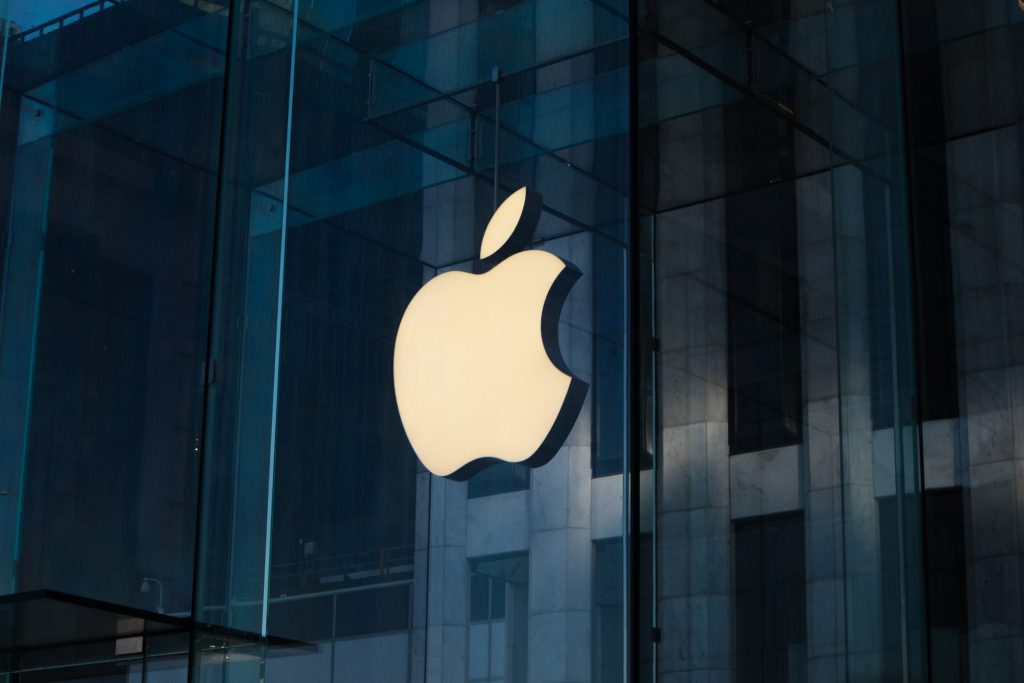